Just Say No To Nittel Nacht


Back in Yeshiva elementary school I was introduced to the holiday of Nittel Nacht, which happened to coincidentally always fall on the eve of December 25th.

There was excitement in the class, a night that it is assur (forbidden) to learn Torah!

"What do we do instead?" a fellow classmate asked.

And we nearly all fell off our chairs when the answer from the Rabbi was, "Stay home and play cards," which was, of course, amazing, since we were taught, playing cards wasn't even allowed on Shabbat.

What a great holiday.

And the Rabbi explained to us why.

The night of Nittel Nacht is one of great impurity, where evil and dangerous spirits run around outside, so we aren't allowed to go outside, so they couldn't harm us.

And since we must be inside with nothing to do, we should normally be learning Torah. But since we don't want those evil spirits to get the Zechut (merit) for our Torah learning, since we can't go outside because of them, we do meaningless things instead.

But I always wondered about one contradiction.

Since we were also taught that the world continues to exist, only because there is always at least one person learning Torah at any time, if we're telling everyone not to learn at the same time, wouldn't the world be destroyed?

There are additonal customs associated with Nittel Nacht, such as eating garlic to ward off the demons (particularly you know whose), praying Aleinu out loud (since that is the prayer against idolatry), and not going to sleep all night. You can read about more Nittel Nacht customs on Hirhurim.

But now, lets step back a bit from the edge.

The custom obviously began in Jewish communities that lived among Christians.

On Christmas Eve (on whichever date they celebrated it on in that community), the Christians would get plastered (with spirits) and wander the streets beating up Jews and organizing pogroms, and killing more Jews.

So as a result, Jews learned that on Christmas, don't let the drunk goyim see you, and then they won't kill you. So Jews didn't go outside to the Beis Midrash or the Shul.

As to not learning, obviously people started coming up with additional explanations as to why we don't learn, though I think the most likely is that if the Christians saw a light on in your house (so you could read your book), they were likely to remember you were there and then try to burn the house down with you in it.  And the same thing for not going to sleep. How would you see the drunk Christians were approaching to burn down your house, if you weren't awake to see them coming, and run?

So, the voodoo explanations aside, historically there was very good reason for Jews to not go outside on Nittel Nacht.

In fact, I would say that today (for people in America and Modi'in), the visual and audio spiritual impurity issues are far more relevant reasons why one should not go outside on Nittel Nacht, as opposed to the more traditional dangers of Christian violence and pogroms.

But, my original question regarding Torah learning has never been answered to my satisfaction. Because if I was planning to be learning Torah anyway, there is no way the evil forces should see any merit from my actions, and if there isn't at least one person learning Torah, what would support the world?

So, tonight on Nittel Nacht, I won't be going outside, even though I'm in Eretz Yisrael and we don't really have that problem here, but I will be learning Torah, because why should we allow evil forces to cause Bittul Torah (a cancellation of Torah), and perhaps, with everyone else not learning Torah, perhaps I could get to be the one who supports the entire world!.

So I say, just say no to Nittel Nacht, or at least the part without Torah learning.

Update: The following has been added by Jameel, stolen from EP: 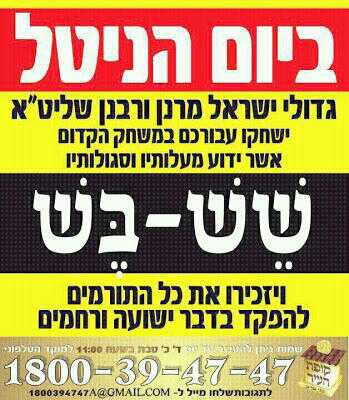 Simple solution. The sefardim carry on learning Torah and keep the world in existence.

Reminds me of the old joke. Q: Which two mitzvot does all Jews do including the non-religious? A: Eating on Erev Yom Kippur and not learning Torah on Tisha BeAv.

Most odd Ashkenaic customs have a practical basis like this one. And then the Chasidim get their hands on them and suddenly it's all about evil spirits and uniting the sefiros and a custom which only appeared a short time ago is now so holy that you can't play with it because doing so will alter the fabric of the universe.
As for not learning Torah, the best explanation is that the evening takes on some aspects of Tisha B'Av so just like then we avoid learning Torah.
But I try to treat Dec 25 as a totally normal day of the week. Normal routine, etc. I think that's the best thing to do.

DIdn't read your post because as usual, its too long but you HAD to take a swipe at Modiin, didnt you...

Many historians claim that there is no evidence any of these "customs" were actually followed in Europe.

Actually, it's very simple why they didn't learn. Most Jews were very poor, and had very little carosine(sp?) to light for at night. If they wanted to learn, they learnt in the Beis Midrash, for there, there would be light to the wee hours of the morning. Since they stayed at home, with no light they couldn't learn, so that became the minhag...

The yetzer hara sometimes dresses as a chosid, but it is still a yetzer hara. There's a time and place for everything. Nitel is such a negative klipa that any learning done on that night is acquired for its own purposes.