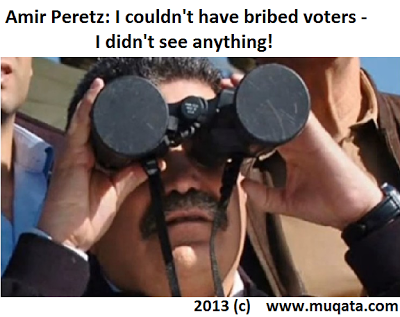 Is this allegation an excuse so that she can give the job she promised him to Amram Mitzna after all?

Rafi: You've confused the parties! Peretz bolted from "The Work" and switched to "The Movement" to be Tzipi Livni's #2.