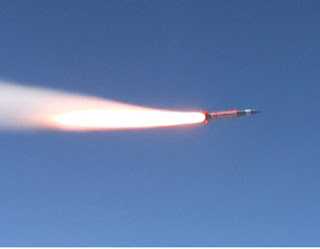 To be said tomorrow: The Sun Blessing - Birkat HaChama (only once every 28 years).

Follow-up on the London Ghost, by a previous tenant.

The Absolut Hagaddah 2009 edition. Worth downloading.

What I'll be doing tomorrow: Extreme Matza, life on the edge.

The latest armored ambulance for MDA is now being tested.

IDF reservists have asked Attorney-General Menahem Mazuz to launch a criminal investigation against Haaretz for publishing "testimonies" by soldiers of alleged misconduct and serious human rights violations during Operation Cast Lead in the Gaza Strip earlier this year.

The "testimonies" were reported widely in the media. Last week, Judge Advocate General Brig.-Gen. Avichai Mandelblit exonerated the IDF and decided to close a Military Police investigation into the accounts, claiming that they were based on rumors.

The letter, signed by 65 reservists who served in Operation Cast Lead, sent the letter to Mazuz on Monday and asked that he launch an investigation against Haaretz on charges of slander for reporting on the testimonies as if they were fact and not hearsay.

"It appears to us that Haaretz did not do the minimum of checking before reporting false accusations," the letter read. (more here, JPOST) 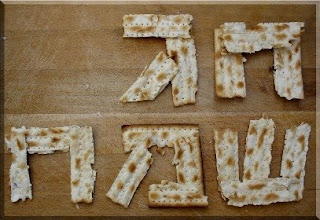 Got the following Happy Passover matza picture today from someone on Facebook.

Wishing all the Muqata readers a happy, healthy and kosher passover.

And may we merit eating the korban pesach at the Beit HaMikdash tomorrow.

The Absolut Haggadah is missing everything after shulchan aruch!!!!

Mark: Apparently, the Absolut Hagadda is only meant to accompany the seder and more contemporary hagaddot.

I used it, and was thoroughly impressed!