What's going on in Israel today

12:31 At least 20 Hizbullah fighters killed in battle with IDF troops.

Cabinet votes to approve expanding ground war in Lebanon. Depeche Mode cancels their show in Israel (which is a great thing, because it was supposed to be on Tisha B'Av, not quite appropriate). Voices on the left demanding investigation on Kfar Kana bombing. Heaving fighting between IDF and Hizbullah in Western region of S. Lebanon. IAF hits sites around Ba'al Bek. Paratroop units fighting armed terrorists near Ita A-Shaab. Rafiach crossing opened to allow traffic out of Gaza into Egypt. Negotiations for the release of Cpl. Gilad Shalit seem to be progressing, some talk amongst Palestinians of moving him to Egypt. Total of 191 Kasam rockets fired into Israel in the month of July (one year since the expulsion from Gush Katif, with statements by the government that there would be no more attacks).

UPDATE with some pictures from the front: 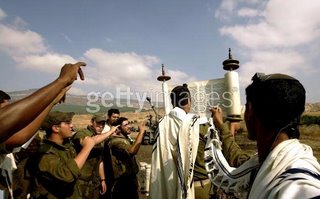 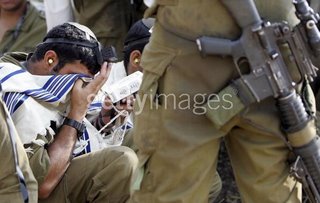 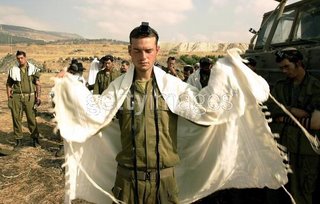 Actually, they were going to play on Thurs night- I know the fires of the Beis HaMikdash are still burning, but it isn't quite as bad.

And there were a lot of Israelis who didn't have much else to look forward to in this misery. So spare them a thought.

Other news of the day:
Egypt is planning to hold our kidnapped IDF soldier in "safe escrow" for the Palestinians until we agree to the Palestinian terrorists terms, and then they will release him.

Thanks for the updates.