The wife of a Fox News cameraman kidnapped in Gaza made a tearful plea Friday for
information about the whereabouts of her husband and a fellow Fox journalist.

You have to wonder why news agencies and camera crews continue to trust Palestinians/Hizbolla. What did they expect would happen in Gaza -- that the Palestinians would grant them freedom of expression?

2. Though almost all the IDF reservists have left South Lebanon and have been replaced by the Lebanese Army (and regular IDF soldiers), many reservists are still "drafted" and aren't being sent home. Seems like round two is coming soon.


5:43 PM The shnitzel is done, and I'm grilling the chicken now...one hour left till mincha and shabbat. Was it only a week ago that rockets were falling everywhere and there was fierce fighting between the IDF and Hizbolla in South Lebanon? Every ten minutes, a news update, another air-raid siren, and the tension of "when are the rockets going to hit Tel-Aviv..."

And then...it's out of the news. Slowly, people are returning to the bombed cities of Northern Israel. The police are finding dozens of katyusha rockets which hadn't been located before. The JNF is reporting that 12,000 dunam of trees at a cost of 40 million NIS were destroyed. The total war cost is expected to exceed 10 Billion NIS...

And yet, the next war is lurking just around the corner, since none of the objectives of WHY we went to war were accomplished.

And words like "Hudna" and "Cease-fire" are Arabic for "Reload"

Shabbat Shalom - catch you next week.

4:29 PM For those of you who wanted to see the video the other day from "Uvda" -- where a reporter is "embedded" with a Nachal infantry brigade in Lebanon, here is a google video link (shortened to 15 minutes...) Worth viewing here. It works better on google then on the previous page... 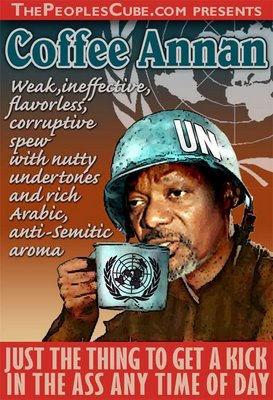 1:10 PM Erev Shabbat I'll be grilling chicken and shnitzel later, so I'll be able to blog more then. Till then, some interesting news items:

1. Chaim Ramon, Kadima MK and Minister of Justice will be stepping down from his government ministry position on Sunday, after Attorney General announces that criminal charges of sexual harresment to be brought agains Ramon.

3. Investigation against Israeli Prime Minister, Kadmia MK Ehud Olmert for financial imporieties when buying a house at a very reduced rate to give political kickbacks to the contractor. Without any connection to the moral fiber of Olmert, Caroline Glick has a scathing OpEd piece against him and his government in today's Jerusalem Post.

What annoyed me the most was Olmert's comment yesterday that his administration would never conduct a government investigation of "how the current war is being run."(After all, according to Olmert, "We Won")

5. Anyone else from Kadima? Let's give it another few days...

6. In case you had any doubts about the success of the war, there are currently Hizbolla terrorists in Bint Jebeil (the same town the IDF "cleaned out" 3 times) with their flags flying, observing IDF soldiers from Hizbolla outposts. Hizbolla flags along the border next to Metulla. I'll try to put up the pics soon while I'm grilling chicken.

I had this poster up on Monday:
http://myrightword.blogspot.com/2006/08/anti-assinine-annan.html

Hey, let's pick our heads up from our own blogs and look around. A coordinated effort carries a more powerful punch in the battle for the minds of men.

You forgot Avigdor Yitzchaki, who is one of the heads of Kadima, although he is not a Knesset member. I don't know what he is under investigation for, but they mentioned it briefly on Channel 10 news last night

YMedad: Yes, you are correct...but I don't have TIME these days...will try to visit more often :)

I'm glad. It's not like the Lebanese people were going to start a popular uprising against Hezbollah, anyway, and any Lebanese who are against Hezbollah because of the pain they've brought upon them won't be pacified by this afterthought act of generosity. This being the case, it's a positive thing that the mostly-innocent civilians (whatever percentage they comprise) are being helped - and especially that the bill is being footed by Iran, who wouldn't be doing anything kosher with their money, otherwise.

I have heard the talking heads on TV today, talking about the war. I personally do not agree with all that is being said.
I think that all countries that are of the civilized world should ban together within their political forums and quit bickering. The world watches all of this, especially the Terrorist countries and they laugh about it.
I do not think this is a good thing. They all need to get a grip and unite together or the terrorists will never be defeated.
What do you think.?? If political parties are going to fight among one another then keep it in a closed session ! It's really bad here in the USA. I am sick of it actually ! Put a stop to it there. Not a good thing.

B"H I find this poster to be very offensive! It is very degrading to coffee, and thus to coffee drinkers. (tongue firmly in cheek)

That shabbos food sounds delicious; would it be possible to meet said chef some time this year?