(Every time the term "St. Pancake" gets posted, people get very annoyed. Please read, at the end of this post, Jameel's explanation for the origin of this nickname, if you're one of those that gets upset.)

If you weren't sure the Rachel Corrie (Saint Pancake) trial was nothing more than another propaganda attack on the legitimacy of Israel's right to self-defense against terrorism and its supporters, then Corrie's parents made it utterly clear with their latest antics (which I'll get to at the end of the post).

The NYTimes has an article about the current Rachel Corrie trial.

I’m going to discuss some of the important or interesting points of the article.

If you want more information on the Rachel Corrie lies and fraud (Pallywood), I recommend you read/view the following articles/site: StoptheISM, SmoothStone, Daled Amos (especially his part about the contradictory statements by the doctors in the Gaza hospital) and LennyBenDavid.


What's interesting are the partial pieces of information slipped in there provide a clear picture as to how these radicals (including Corrie's parents) try to delegitimize Israel and our right to defend ourselves.

The article discusses the lies that Rachel Corrie promoted in her letters. The NY Times excuses one of those lies because "Ms. Corrie was writing as an incensed activist, not an economist."

But the lies don't end there as the NY Times reports how misleading photos were sent out by the ISM activists.

But not only did the activist try to trick people into believing that the photos were connected, the NY Times leaves out is that there are photos that the ISMer are publishing about Rachel Corrie that were simply photoshopped. 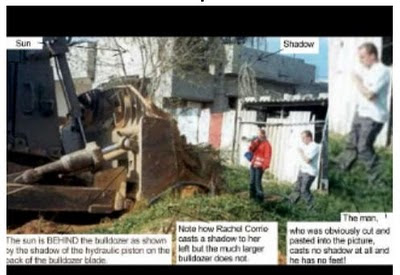 The NY Times gives equal weight to the claim of Israel and Corrie regarding the homes in question...

"The Israelis say the houses in question were the source of sniper fire and arms-smuggling tunnels. Ms. Corrie, by contrast, wrote e-mails home saying that the families she met were gentle people whose houses had been shot at and whose children were harassed for no reason."

But since the last Gaza war, we all now know the undeniable truth now about the weapons smuggling tunnels that Rachel Corrie was helping protect.


Meanwhile, the Corries claim they have no connection with how the memory of their daughter it is being promoted.

"Asked what she thought of how her sister was viewed, she said her family did not consider itself anti-Israel and was not responsible for the way in which Ms. Corrie’s name had been used by groups and causes. "

Apparently the Corries have no problem with the way their daughter's memory has been "hijacked". Which is not surprising as they are doing the same.

We at the Rachel Corrie Foundation for Peace and Justice salute the Olympia Food Co-op Board of Directors for their recent decision to institute a boycott of Israeli goods. We also applaud community and co-op members who have advocated on behalf of this measure.

They aren’t out for justice or truth. First because they’ve been spending their time in court trying to “out” the drivers of the bulldozers, not because that will bring out “truth”, but apparently so that they (and the ISM) can then go after them personally.


But as I said in the beginning of the post, the Corries are complicit partners in these antics, as they too are pulling the same shtik.

The Corries’ lawyer is not trying to find the truth. He is fighting a propaganda battle for the Corries.

In court their lawyer pulled out a small toy bulldozer, a small piece of play dough, and a big Raggedy-Ann doll. His message, how could the driver of the small bulldozer have missed seeing such a big Rachel Corrie. 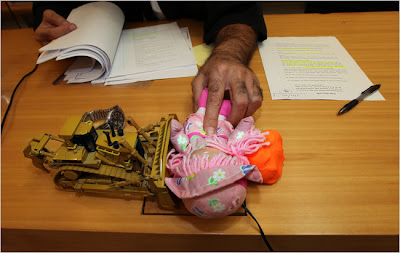 The truth is though that Rachel Corrie, not a tall girl, was kneeling or sitting in a trench. The bulldozer blades are around 8 feet high, and the driver sits another few feet above. There is no way he could have seen her where she was kneeling. 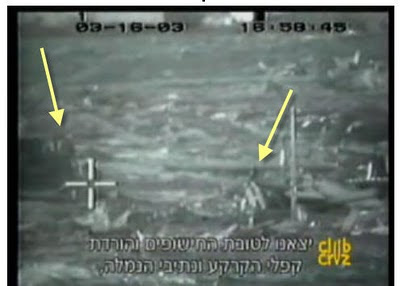 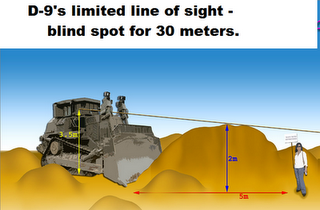 But that is not the message that Rachel Corrie’s parent want to project in their delegitimization war against Israel’s right to defend itself – in a war zone.

So they instruct their lawyer to continue the delegitimization tactics in court.

Rachel Corrie's mother wants to try to portray Rachel as a civilian in a combat zone. But that's not the case. Rachel Corrie acted as a non-uniformed combatant for terrorists. Which makes her a terrorist too.

Every time the term "St. Pancake" gets posted, people get very annoyed. The term originates from the LGF website, when the ISM chapter of Victoria announced a memorial pancake breakfast, in the memory of Rachel Corrie!

After ISM realized that their joke at Corrie's expense, was also being used to make fun of the ISM, they removed the text.

The invitation read as follows:

The Rachel Corrie Memorial Committee of Victoria Invites you to a pancake breakfast at Denny’s Restaurant Sunday March 12 , 2006 10 am.

The Public is invited to a memorial pancake breakfast at Denny’s Restaurant on Douglas Street near Finlayson, 10 am, Sunday March 12, 2006 to celebrate the life and untimely death of Rachel Corrie, Peace Activist with the International Solidarity Movement.

There will be a reading of selections from Ms. Corrie’s letters and diary, followed by a ceremony at Topaz Park, where a stone cairn will be erected in her honour.

Attendees are encouraged to wear their keffiahs, and to dress in black.

No weapons, drugs, or alcohol please.

ISM offers many ways for you to get involved in the struggle for Palestinian freedom. Whether you’re thinking of traveling to Palestine to work with us, or you’d like to work to educate your community about the reality in Palestine, we welcome your involvement.

Get a Free Phone when you visit Israel!
Ask your travel agent for details, or click here to learn more.
Wherever I am, my blog turns towards Eretz Yisrael טובה הארץ מאד מאד
Posted by JoeSettler

First of all, THANK YOU very much for your compliment (and welcome back).

Second, because I like making fun of terrorists and their enablers.

I agree with PP, you ruined an otherwise fair and balanced post by calling her "Saint Pancake!"

She really was no saint, so just "Pancake" will do.

What an insult to dear St. Alfonzo!

Maybe the rest of the family will pose in front of a D-9 and help clean out the gene pool?

Quite honestly if you want to get the truth out, you(and others) may wish to start with her wiki page.

She got what she deserved. Too bad more vermin like Adam Shapiro, Yariv Kaopenheimer and Fahima didn't join her. Israel should send her parents on a one way trip to Berlin.

moving past your pancake comment which no one seems to be able to get past, what you're saying is that the new york times deliberately didn't disclose all the information about rachel corrie and the lies surrounding her (some truth, the partial truth, and maybe a few lies mixed in), that her family are willing and active partners to these attacks on israel, and this is an extension of the war against israel.

Please stop using the term 'St. Pancake' for that ghastly woman!
I like pancakes - especially the Dutch version, with sliced apples and bacon in the batter.
I do not like that woman, or her accursed memory!

I've also had the displeasure of meeting her whore-troll parents - that mom is a particularly unpleasant and dishonest piece of work. Remembering her lies and distortions at the Sabeel Conference at St. John's Presbyterian Church on College Avenue in Berkeley in 2007, where her husband obediently nodded every time she said something particularly egregious, still nauseates me.

If you must liken that horrid creature to food, I suggest 咸魚肉餅 (haahm yu yiuk beng - salt fish steamed pork patty). I doubt that many Cantonese-speakers would be offended. For one thing, Cantonese-speakers tend to think that Wasps telling everybody else what to do are a pain in the chamor. There's a fine tradition of likening dislikeable people to food.

Alternatively, pizza. Most pizza seems to be made by Arabs anyway.

Please note: the tone of brutal dislike in previous comment was deliberate. Cindy and Craig Corrie are even worse garbage than their dipwad daughter.
I sincerely mean that.

Final note: contrary to what most Americans seem to think, pancakes are NOT waffles without the tread-marks. Pancakes are more like crepes. What y'all insist on refering to as pancakes are actually some form of griddle-cake thingy, nearly inedible and spongy.
I think the correct term is 'flapjack' (so, if arguably female, 'flapjill'). Gooey and inedible khubs baladi, or soggy bint es-sahn.
Repeat: NOT PANCAKES!

Okay, anyone whose got kerfluffled undies over the whole St. Pancake thing, which frankly is almost as hilarious as, "how could the driver of the small bulldozer have missed seeing such a big Rachel Corrie," should take heart.

It's Kislev, and in about 3 weeks we'll be feasting on Rachel Corrie memorial latkes (application of a potato masher at just the right moment on the griddle makes a convincing bulldozer tread...serve some to your bleeding heart leftist friends this Chanukah).

No matter how much syrup the NYT throws on St. Pancake, it still tastes like rotten batter.

How can you not have syrup with your pancakes?!?!!?

Just saw this post...I think St. Pancake doesn't really express it as well as my letter to the SF Chronicle (which got published!) wherein I called her "St. Rachel Roadkill."

Perhaps St. Pita? She said, "I'd die for some hummus", and they thought she said she would die for Hamas?