Lots of news happening in Israel today. We will be dedicating this post to all the news that you need to know from Israel today.

11:30 PM Overheard in the Likud corridors: In order to be a government minister, one needs to move over to Labor.

Many Likud MKs afraid to speak out loud in order to not lose their dwindling chance at a ministerial position.

7:53 PM Labor votes to join Bibi-led coalition. Barak promises to be opposing force within the government.

11:41 AM Photos from the march today. Interesting sign reads "Racism = Violence" yet the only violence came from the Arab and Leftists who pelted the police with rocks, not from the demonstrators who only marched, carrying Israeli flags through sovereign Israeli territory for 10 minutes. 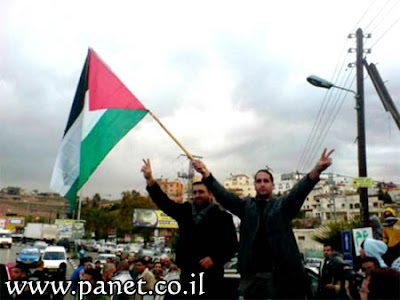 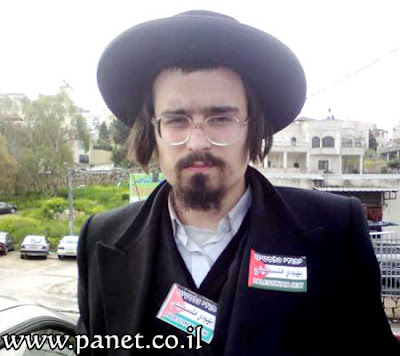 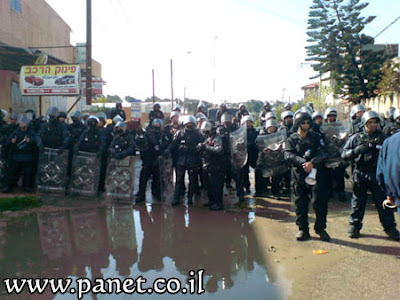 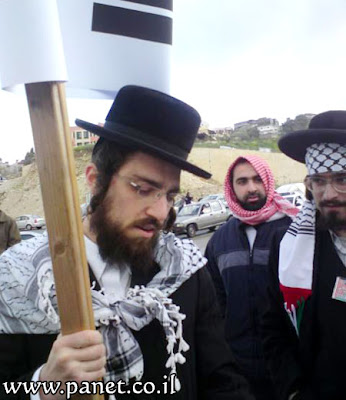 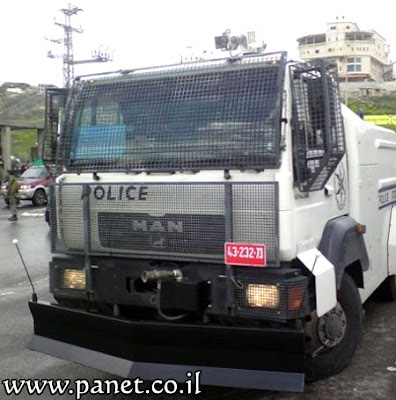 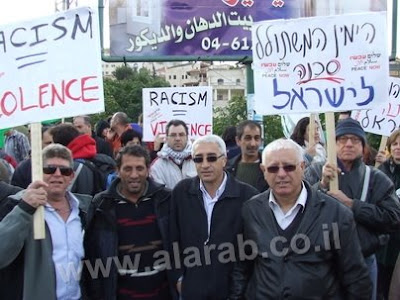 10:45 AM Intermittent blackouts throughout Gush Etzion.

10:12 AM Policeman stabbed by Palestinian in Tel Aviv yesterday while being apprehended in the middle of stealing a car. Second Palestinian escaped.

9:56 AM Rocks thrown at Israeli police at Uhm El-Fahm junction. Police arresting protesters. Situation looks like it is growing out of control.

9: 49 AM Likud and Ehud Barak's representatives in Labor sign Letter of Understanding for a coalition agreement.

Other possible outcomes include Labor party split or Barak leaving Labor and being Defense Minister independent of any party.

9:47 AM At police request, the 100 Jewish marchers have been transferred from regular buses to armored, bullet proof buses due to escalated tensions and fears that Uhm El-Fahm residents will resort to extreme violence as they announced they would.

At the Uhm El-Fahm junction (Road 65) hundreds of Arab and Leftist demonstrators are waving Palestinian flags and chanting anti-Israel rhetoric.

Hundreds of Arab school children are wear kafiyah masks covering their faces and brandishing rocks in preparation for the marchers arrival.

Thanks for this- my radio broke, and otherwise I would have thought it was an actual emergency!

Personally I don't think there is any wiggle room in the Barak-Bibi agreement. The message is quite clear.

I was just transcribing.

what was the point of the march through Uhm El-Fahm ? what were the marchers trying to achieve ?

The goal was to show that you can (or should be able to) walk anywhere within the borders of the pre-67 State of Israel carrying the Israeli flag.

Or perhaps to illustrate that the Arab residents of Israel completely don't identify with the State of Israel to any degree whatsoever.

Or perhaps to test the limits of the police and legal system and determine to what level of hypocrisy they are willing to go to in order to deprive the Right of the same basic rights unquestionably afforded to other groups.

Or perhaps to show that Eretz Yisrael belongs to Am Yisrael, Bli Lefached Klal.

I guess it makes sense that the Neturei Karta and the Israeli Leftists are marching together. They have more in common than they think.

anonymous spoke well, but the problem is not that the arabs dont identify with the state of israel, it's that they haven't any respect for and they think they have a natural right to assault any person with an israeli simbol, legitimized by extrem-left Shalom Ahshav, of course