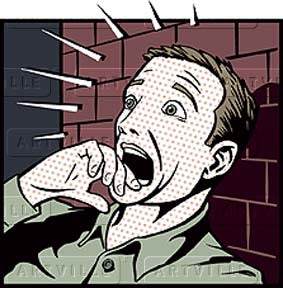 12 years ago, a friend of mine needed to transfer Dollars to Israel, from an account in the USA...so he used one of the "Change-type" services in Israel. Besides getting the cheaper transfer rate, he also received an excellent exchange rate for the Dollar to the Shekel. These companies were not actual banks, but were a usually quick and easy, not to mention economical, way of transferring money.

My friend needed the money for a home purchase he was making...and all of a sudden, the money never materialized in Israel. We went through a rather harrowing week, as the money "disappeared" and we were told the company was in financial distress. Luckily, he managed to get his money back, though the change company collapsed and others lost their money.

Seems that nothing has changed, and this past week millions of dollars that people were trying to transfer via "Cheerfully Changed" company have disappeared and the company has vanished.

Many olim relied on this service to transfer monthly pay checks from the US in dollars, to Shekels in Israel, as well as large transfer of funds for home purchases and investments.

Haaretz has the tip of the iceberg:

The possible collapse of a financial services company heavily frequented by English-speaking immigrants has many scrambling to recoup money entrusted with the firm, in some cases hundreds of thousands of dollars.

Branches of Cheerfully Changed in Jerusalem and surrounding cities have been closed since last week and many customers say they have been unable to reach a representative to inquire about their accounts.

In addition, a statement posted online and comments by former employees who said the company's entire staff was let go this week have spurred concerns the company is bankrupt. According to some estimates, the losses could amount to millions of dollars.

Jerusalem-based lawyer A. Amos Fried said he is currently speaking to dozens of people interested in taking legal action against Cheerfully Changed.

"Some have different approaches than others. Some are thinking more in terms of mediation, other are leaning more toward going to court. There's a lot than can be done," he told Anglo File yesterday.

Fried, a Chicago native, said he estimates that millions of dollars may have been lost. "I spoke to a group of, say about 20 people and I would imagine the average loss among them was about at least $50,000 a person. Some people had much more, we're talking about people [who had] $120,000. They transferred $120,000 to Cheerfully Changed and decided to keep it there for a little while - and now there's a big question mark if they'll ever see this money again." (Haaretz)

i have been following this story for a long time, as I had many friends who have worked there over the years, including until the end.

I have no idea, and never understood, why anyone would deposit so much money with someone who is a private business that answers to practically nobody. Cheerfully was not a bank, and depositing money like that with them was basically throwing it away. Anybody who ever did that was lucky this didnt happen years ago.

This is what banks are for.
Back in the USA would you deposit your money with a private person instead of with a bank?

Anonymous: It may "act" as a bank, but I don't believe its licensed as a bank.

well, I'm sorry they went under--while I never used them as a "bank" (prefer to use banks as banks) I did like their check-cashing service. To transfer money from US bank by wire to Israel bank took up to 5 days (and once got "lost") and ended up with costs of$45 to $70 depending on the transaction. OTOH, I could go to CC, cash a check for .01% and deposit the money in the Israeli bank the same day.

Anglos hate being ripped off by Israeli banks so this probably seemed like a good alternative. Unfortunately it was not.

I'm really sad to hear that they went under, but even more surprised to hear that people left money with them for more than 1 -3 days at a time...

I thought they just exchanged money, didn't know they had a "bank" service as well.

Remember the olden days, when people used to go to black market places to exchange money and cash checks?

Anonymous: Yes, but then you usually got cash on the spot...