Who does the boycott hurt?

In response to the anti-boycott law, Peace Now went all out and declared a boycott on products from Judea and Samaria. They printed up fancy ads listing the top companies to boycott. Other leftists went around putting stickers on “Settler” products in stores. 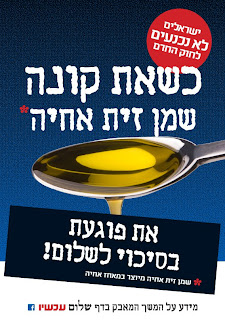 The number one company on the list “Meshek Achiya” a producer of fine olive oil reported a record jump in sales in Israel this week. The same for Psagot Winery and Tekoa Farms. In fact, all the companies that the Left targeted reported a jump in sales.


Why? Because the average Israeli wanted to show their support to the Settler enterprise and against boycotts of Israel and against the Left, and the Left told them who best to buy from to show that support.

But the real question is, who does the boycott really hurt?

Let’s start with Gush Katif. The 8000 residents of Gush Katif accounted for 10% of international sales of agricultural products from Israel. Who did the disengagement hurt?
The Israeli economy. 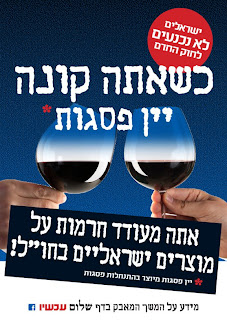 But it also hurt the Arabs of Gaza, who were gainfully employed at salary levels above those they would have in their own market.

But let’s talk Judea and Samaria.

There are some 788 factories in Judea and Samaria (including of course the Jordan Valley). The factories produce for export at least $100 million dollars in sales (I need to check if that is per month or per year).

Of the 17,000 employees of those factories, 11,000 are Arabs (“Palestinians”). Some 100,000 family members of these 11,000 Arabs are dependent on these Settler factories. That doesn’t include the Arab satellite companies that opened up, such as taxi and food services. And the salaries these factory employees get (along with the associated social benefits) is far more than they could possibly get in the PA work market. 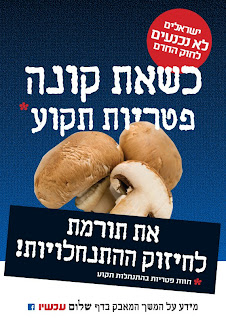 I might also mention that these factories are typically models of peaceful coexistence (except when the occasional Arab employee tries to kill some Jews).

A while back, one Israeli company decided to move out of the Barkan (Settler) Industrial Park because of the pressure from the Left. As a result, its 90 Arabs employees were fired as they couldn’t work within the “Green Line”, the Jewish employees merely had to commute in the opposite direction. The firing of 90 Arabs means that some 800 Arabs no longer had a provider of income.

The truth is, a successful boycott would in reality hurt the Palestinians far, far more than it would hurt the Jews. But don’t confuse the Leftists with that piece of information, because their calls for boycott are helping improve the Settler economy they hate so much.


Oh, and here’s a question for you (as asked in Makor Rishon).

If Ahmed Tibi, an Israeli citizen currently living over the Green Line (making him a Settler) were to open a factory, would the Left call for its boycott too? Or are their calls to boycott actually racist and only targeting Jews?

Looking for more products to support?

Find them here on the Meretz site.

Knesset website and a friend in the Knesset say that Tibi lives in Taibeh (not 'beyond the green line').

You know what? Now I'm not sure.
It could be Taybeh (which is North of Ramallah) or Taibeh which is near Kfar Sabah.