The USA's absolute dumbest of all...thinking they are actually contributing to some "humanitarian" venture involving Gaza...

YNET: American activists set sail from Greece on Friday aboard a boat set to take part in a pro-Palestinian flotilla to Gaza, defying calls from Israel to cancel it and a ban by Athens.

The vessel was stopped by the Greek Coast Guard some 25 minutes after its unauthorized departure. It was not immediately clear whether the boat will be taken back to port.

The vessel, dubbed "The Audacity of Hope", left Perama port for the open seas, a Reuters witness said. Greek authorities said earlier on Friday that ships destined to Gaza were prohibited from leaving Greek ports. 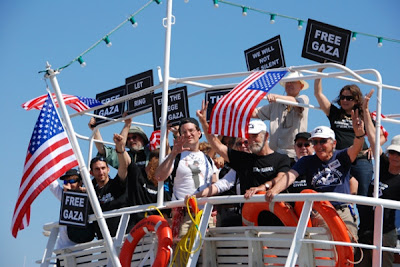 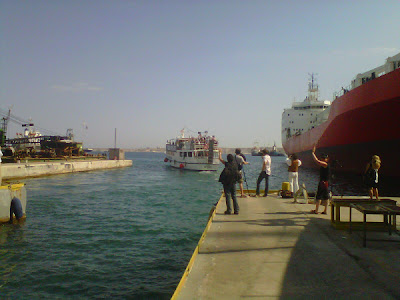 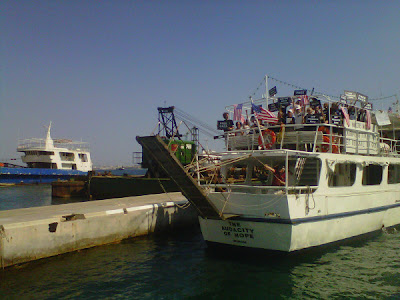 I think the IDF needs to respond with its own media spectacular--imagine the potential popularity of "The Audacity of Napalm."