Something you didn't know about Minister Avigdor Lieberman

Some people surprise you. The other week a friend of mine told me a most unusual story that recently happened to her.

She was waiting at a hitchhiking post to catch a ride home, when a big car stopped to give her a ride.

She got in, and the driver drove her to her town along the way.

They didn't talk during the ride, but she kept glancing at him, thinking to herself that something was very familiar looking about the driver.

It turns out, the driver was none other than Foreign Minister of Israel Avigdor Lieberman, and it was his security guard sitting in the back seat. 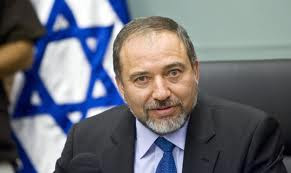 Apparently Foreign Minister Lieberman often picks up hitchhikers and drives them home, even going slightly out of his way when it's a nearby town. And he drives the car, not some Knesset driver and not his security guard. I've now heard this from a few people he's given rides to, and if the hitchhikers talk to him, he's happy to talk to them in return.

That's a real mensch in so many ways. That's simply unusual.

He's a fascist who doesn't give rides to Arabs.

Thanks for sharing that. Wouldn't it be great if more of our politicians were menches:)

Your female friend got in a car with 2 male bruisers she didn't know or recognize and she didn't even have to think twice about it!

972mag, he doesn't give rides to people who are likely to attack him. He'd gladly give a ride to a Druze.

Any Israeli politician who is consistently vilified by self-hating Jews like Tom Friedman and Roger Cohen in The New York Times must be a true menche.

Rule number one of tremping is not to get into the front seat of a car if someone is in the back.

A dictionary, please! What the hell is a "mensch". "Oy vey", I never understand those weird and ugly sounding yidish slangs.

how to start a security company said...

Who is the usual self-hating Jews like Tom Friedman and Roger Cohen in "The New York Times" must be a real menche defame any Israeli politician. Your female friend got 2 male fanatics in the car, she does not know or admit that she did not even think twice!