New News Updates being posted in new link...visit www.muqata.com for the latest news.

Refresh your Browser to see more updates....rocket attacks on Israel have resumed.

11:39 PM As you read this, there are currently close to a million Israelis in Southern Israel who are in bomb shelters tonight.

11:26 PM Conflicting reports over the age of the young child wounded by the Gazan rocket attack; his age is put at 9 months or 2 years.

11:24 PM In the rocket attack on Ashkelon before (10:44 PM), there are numerous suffering from shell shock who are being treated by emergency medical services.

11:02 PM Reports that 3 wounded by shrapnel in Gazan rocket attack on Kibbutz; 2 adults and a 2 year old wounded in his arm.

10:59 PM Reports that an infant has been wounded by the rocket attack.

10:55 PM Gazan Rocket hits house in a kibbutz -- there are reported wounded.

10:52 PM No reports of wounded in Beer Sheva rocket attack. Forces responding to direct hit in on Israeli community near Gaza. 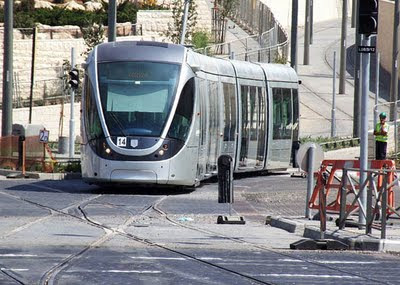 7:40 PM Apparently the Grad rocket aimed at Beer Sheva landed outside the city.

All residents of Southern Israel communities within rocket range are requested to stay in bomb shelters at this time.

7:38 PM Reports of rocket strikes in Ofakim. No information yet about possible injuries or damage.

7:36 PM Israel Radio reports that Grad rockets launched at Beer Sheva and Netivot. Civilians report they heard an explosion in BeerSheva (could be Iron Dome, or a grad)

7:20 PM IDF Homefront Command has cancelled the "Breeze Festival" scheduled for this evening in Ashkelon. Confirmation that a rocket landed in the Southern Ashkelon area...

7:15 PM IDF Homefront Command: All residents in the areas surrounding Gaza should be in the vicinity of bomb shelters/safe rooms due to the elevated threat levels that rockets may be launched in the immediate future from Gaza.

7:12 PM Reports that a rocket landed in the Mediterranean Sea off the coast of Ashkelon. No Damage or Injuries.

7:06 PM Gazan rocket lands in open area near South Ashkelon. No reports of injuries or damage.

3:17 PM As a reward for Gazan Palestinian terrorists shooting 130 rockets at Southern Israel, the following convoy of "humanitarian" aid was allowed to cross into Gaza via the Kerem Shalom checkpoint today.

1:41 PM Despite rumors racing around on Facebook and twitter, there are no terrorists running around Ashdod. Israeli police have stated there is no known terrorist threat within Ashdod.

1:23 PM Earlier today, due to terror threats, the IDF homefront command ordered the immediate closure of the Sami Shimon College of Engineering in Ashdod and BeerSheva -- no tests or classes will be given today. (viewable on the SCE website at the top).

1:18 PM and there are now "hot" alerts for rocket launches against Southern Israel. The open-air market in Kiryat Gat has been ordered closed, as well as in Ashdod.

thanks for all the news from Israel

All; We can be reached by email at muqata@gmail.com