Where the heck is Jerusalem?

While we all know that the US government refuses to acknowledge that Jerusalem is in Israel (even the Western half), sometimes it just seems to take this obsession and fantasy too far.

Daniel Halper of the Weekly Standard wrote about the State Department’s decision to not allow a child of American parents, who was born in Jerusalem, to list the country (Israel) on his passport as they do for every other country. He posted a picture from the White House website where it did say Jerusalem, Israel, so what's the big deal about putting it into the passport? 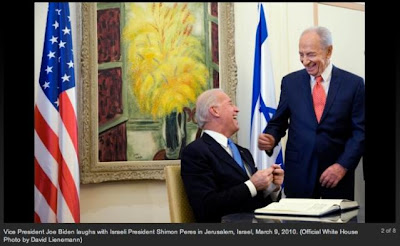 But a mere two hours after pointing out this irony, the White House cleansed the website of the mention of Israel. 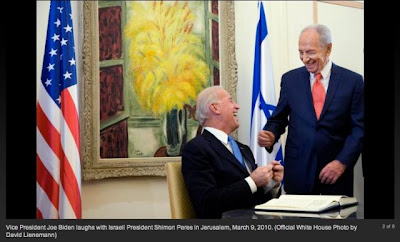 Draw your own conclusions.

UPDATE: The above was not the only photo caption on the White House website in which "Jerusalem, Israel" was changed to "Jerusalem" on Tuesday. Here is a sampling of some of the others:

I also couldn't help but notice that the day on which the Obama Administration severed "Jerusalem" from "Israel" on its website was Tisha B'Av...