From today’s Times of Israel:


Environmental Protection Minister Amir Peretz, from the center-left Hatnua [The Movement] party, decried the nationalist Jewish Home party’s attacks on the impending Palestinian prisoner release and especially the verbal assault on Hatnua’s leader Tzipi Livni, in which they blamed her for the release.

Releasing terrorists will lead to violence? What an absurd idea...and how dare you even suggest it will lead to attacks on Israelis.

Yet here's some background the Times of Israel neglected to mention: When MK Amir Peretz slams the “Bayit Yehudi” party for “incitement against his party” the primary reason for his venom is because last week on Tuesday, his wife Achlama Peretz, who was the #2 of David Buskila the incumbent mayor of Sderot -- LOST the election to Mayoral Candidate Alon Davidi – supported by...Bayit Yehudi. Not only did Buskila lose the mayoral election but Peretz’s wife didn’t even make it onto the Sderot city council.

So when Peretz says “It is forbidden to allow Bayit Yehudi people to sow seeds of calamity”….he isn’t talking about the Bayit Yehudi’s opposition to freeing convicted murders, rather he's referring to the freeing of Sderot and Mitzpe Ramon from the clutches of his nepotistic fiefdom. 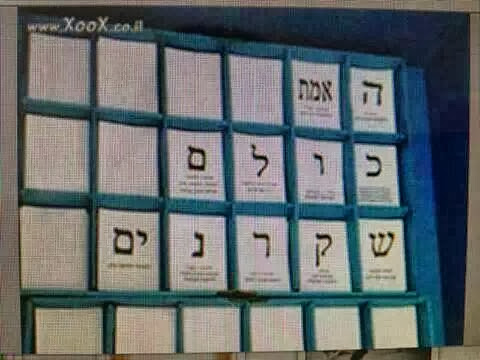 Posted by Jameel @ The Muqata 2 comments: