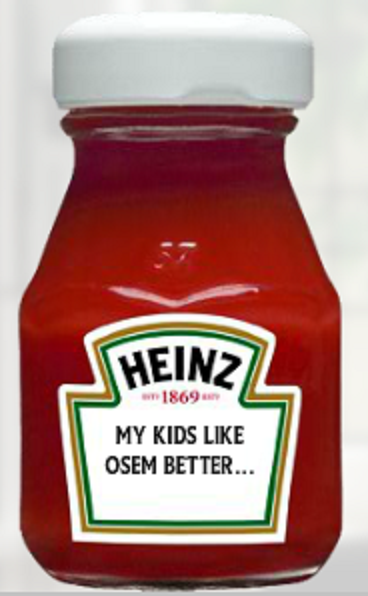 I received a Breaking News email last night from JewishPress.com.

The gist of it was, the Waqf, which sits on Har HaBayit, called up Netanyahu's office, and threatened to start "World War 3" if Moshe Feiglin is allowed to go up onto Har HaBayit (Temple Mount) today.

Netanyahu apparently gave the order to the police forbidding Knesset Member Feiglin from going up.

This order is in violation of so many Israeli laws (well, 3 at least).

Feiglin responded that he won't go up, but he no longer feels the vote with the Likud, since Netanyahu has trampled all over the law, instead of protecting and defending it, because Bibi is afraid of the Waqf (my addition).

I think it's about time the State of Israel dismantled the Waqf, and removed them from Jewish Holy sites such as the Temple Mount, and the Tomb of the Patriarchs.

I think its time the State of Israel called their bluff. Because, all it is, is a bluff.

We've survived and thrived through the worst Intifada the Arabs could throw at us. It's time we displayed a little more sovereignty in our own country, and in our own Holy sites.

Wherever I am, my blog turns towards Eretz Yisrael טובה הארץ מאד מאד
Posted by JoeSettler 4 comments: 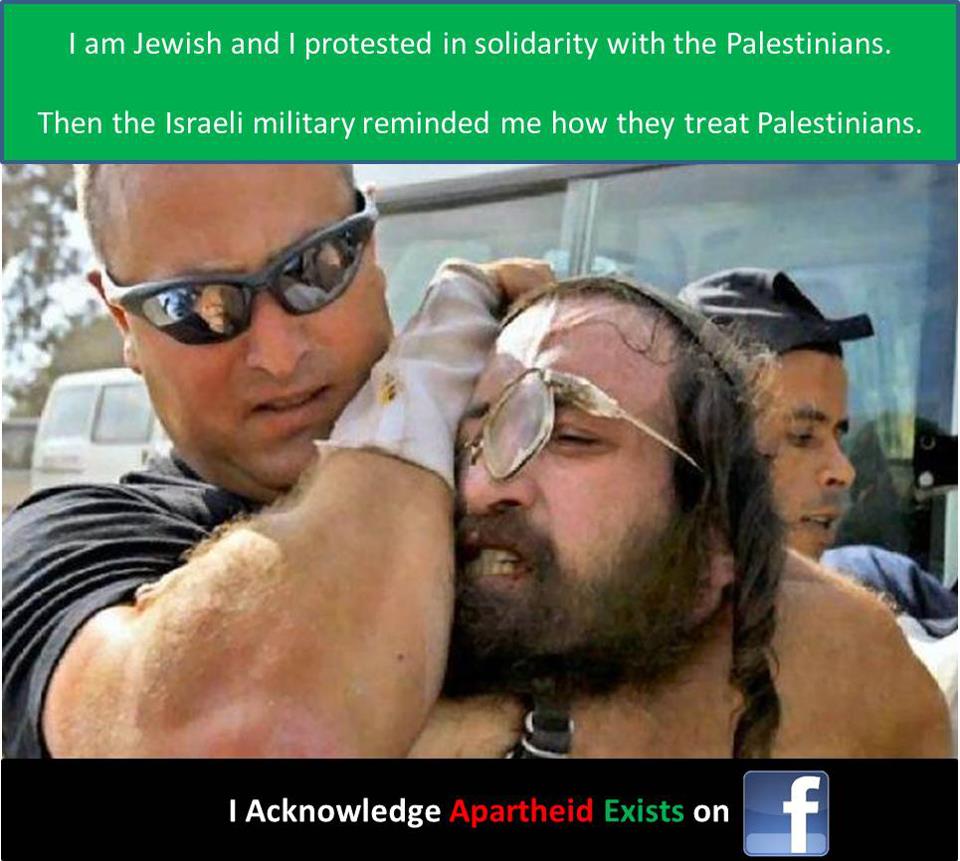 So why am I posting it? Because it's typical Palestinian nonsense.

They hijacked a photo from 2005, which had the original caption:

Title: Religious Jews Protest Against The Desecration Of Ancient Graves

Caption: KIBBUTZ REGAVIM, ISRAEL - MAY 31: An Israeli security guard grabs an ultra-Orthodox Jew in a headlock during a protest against the desecration of alleged ancient Jewish graves May 31, 2005 near Kibbutz Regavim in northern Israel. Dozens of black-garbed religious Jews clashed with the privately-hired guards as they tried to prevent the construction of the Trans-Israel highway over the graves. The protesters say the graves are Jewish, but archaeologists say they are Roman and date to the late second and early third century AD. (Photo by David Silverman/Getty Images)

But why should we let facts get in the way of typical Palestinian lies?


PS:  The photo itself is distressing, yet its slanderous for Palestinians to hijack it and call it as their own.

Email ThisBlogThis!Share to TwitterShare to FacebookShare to Pinterest
Labels: Pallywood 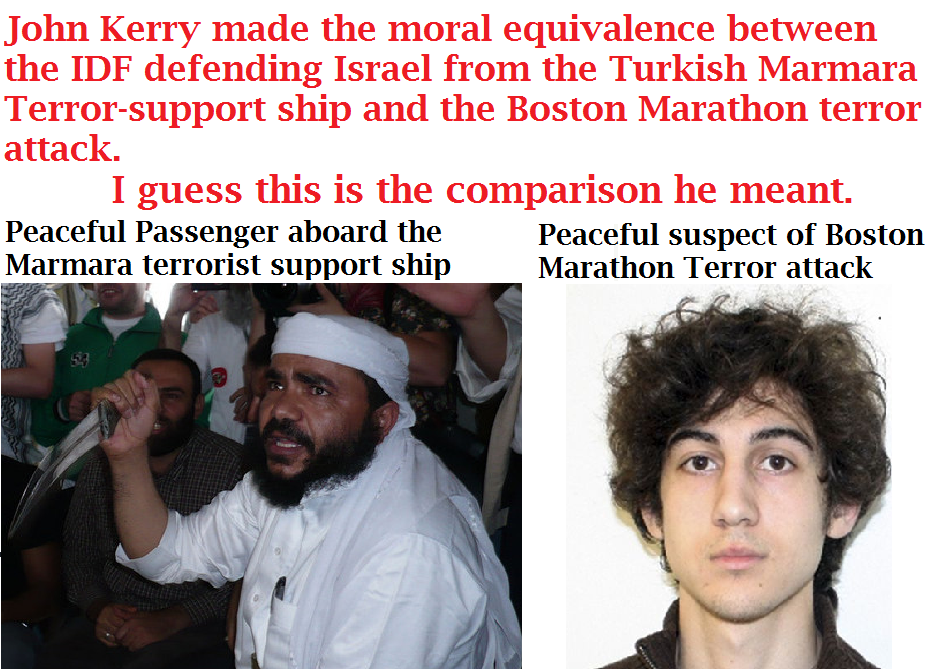 This airline passenger is a "kohen" and was told by his Rav that the way to avoid tum'a/ritual impurity by the plane flying over Jewish cemeteries in Israel was to wrap himself up in a bag like this. 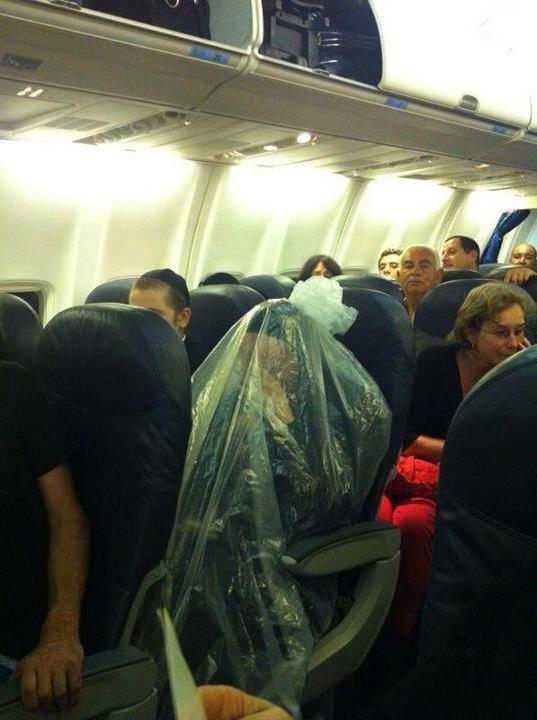 The Arab passenger on an Israeli bus has a "boom" bag . Awkward? 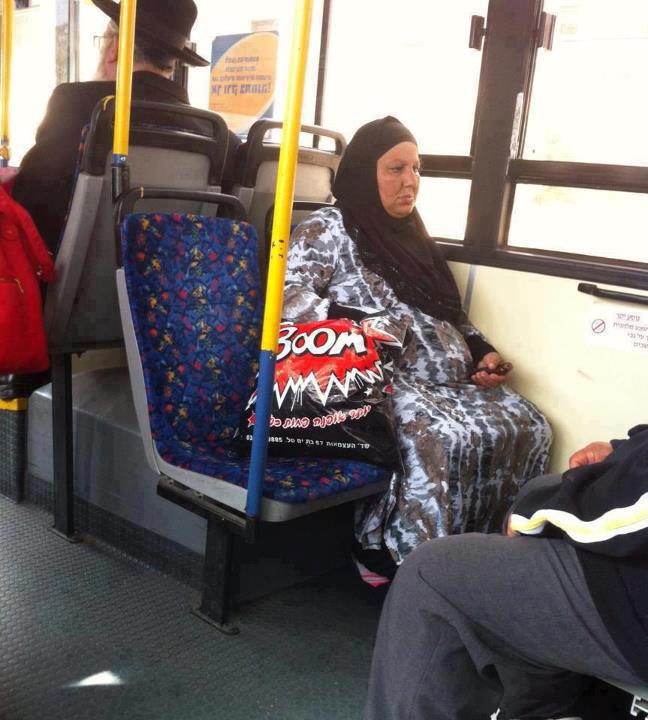 Friday afternoon, returning from work on the Tel - Aviv to Rishon LZion train. Get off the train in Rishon, and remember I forgot a bag on the train with personal belongings...and the train is now on its way to Yavneh, and I need to pick up my daughter from gan...don't know what to do. One of the train station's security personnel sees I'm distressed and asks me what's up. After explaining that my bag was now on a train to Yavneh, he calmed me down, went to the train operations center, called the train security personnel on the Yavneh bound train, and ensured the bag would be on a train back to Rishon. He took my number, told me to pick up my daughter and he said he would call me when he gets my bag back. And that's what happened.

His name is Kobasa Aiylin, and this post is for him. He deserves a million "likes" and for Israel Railroad Management to know how helpful and responsible he is. 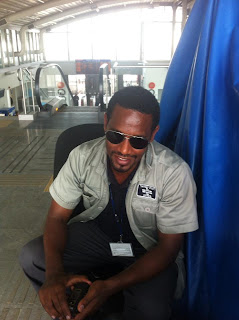 In what has become a daily occurrence, Palestinians are routinely throwing rocks at Magen David Adom ambulances,  smashing windshields and seriously endangering the MDA medical crews.

Despite that MDA ambulances and medics treat wounded without bias to race or religion, Palestinians target these life saving efforts, even when the wounded are Palestinians. 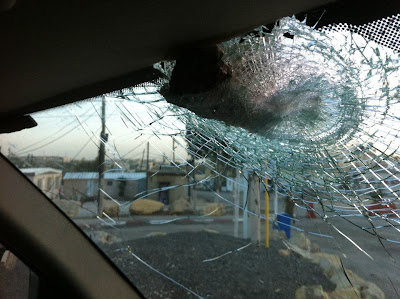 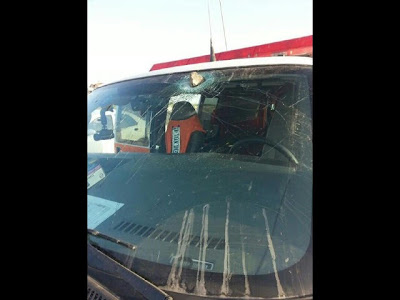 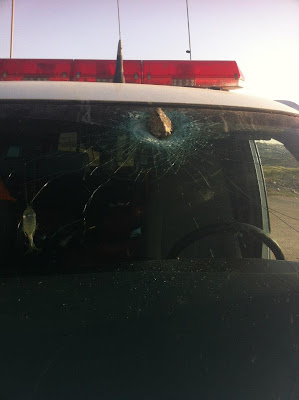 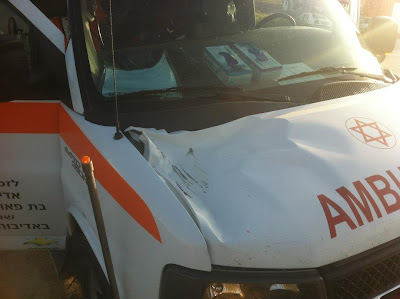 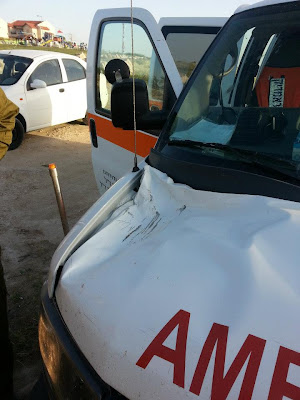 Over the past few days:

The dangers of daily Palestinian rock throwing in evident by the ongoing critical condition of 3 year old Adele Biton, wounded by a rock attack which left her critically wounded, and injuring her mother and 2 sisters. (story here)

Just yesterday, The Ofer Base IDF Military Court convicted Waal al-Araja, a member of the Palestinian Authority security forces from Halhoul, of the murder of Asher Palmer and his infant son, Yonatan, in September 2011.  Al-Araja, threw stones from a moving vehicle toward Palmer's car on the Jerualem - Hevron highway 60, causing the father and son's death. (story here)