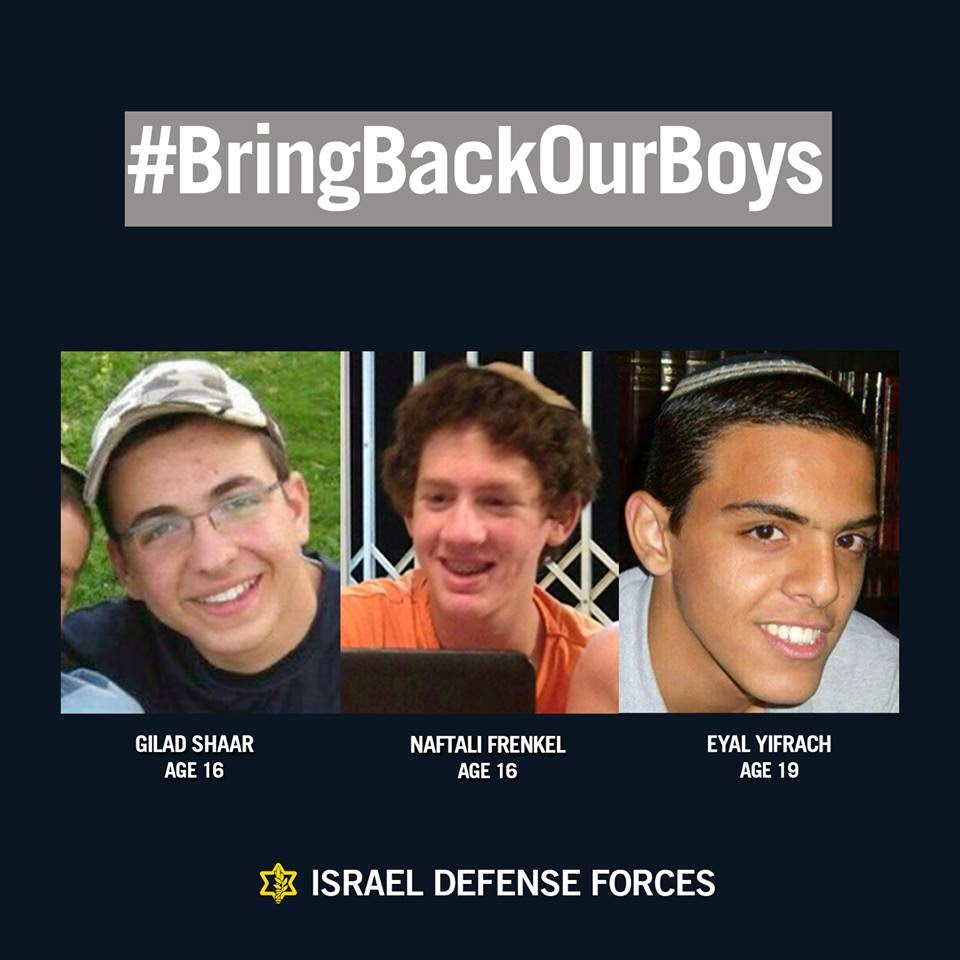 I will be posting updates about the search and rescue operation for our teenagers on the the Muqata Facebook page.  I simply do not have energy or time to keep the blog and the FB page updated in sync.

A historic law was passed today by Israel's government, allowing it to proceed to the Knesset for ratification.

The law would allow at sentencing for the court to specifically prohibit the release of the terrorist...for life.

No Presidential pardon, no goodwill gestures to Fatah or Hamas in honor of Ramadan, and no pressure from the United States will allow for the terrorist to be released, ever.

The importance of this law is crucial from the perspective of justice, ethics and morality.

Following are the immoral pond scum of the Israeli Government who voted against the law:


Their worldview shoves morality to the wayside, spits in the face of the victims' memories and their families, makes a mockery of the whole notion of justice.

Luckily, this law from MK Ayelet Shaked did receive approval from the vast majority of the Israeli government.  At least someone still has a backbone.

Wherever I am, my blog turns towards Eretz Yisrael טובה הארץ מאד מאד
Posted by Jameel @ The Muqata 3 comments: