What to avoid on Pesach?

R' Gil Student and the RabbiWithoutACause come out against Kitniyot. (no surprises there...can't even say I disagree with them) [update: came out against EATING kitnoyot, meaning, kitniyot are STILL prohibited]

Teaneck Jews are avoiding Ethanol Gasoline this Pesach. (OK, we know that's a joke...since I've been informed that the Teaneck Israeli who owns the gas station is Yoram and not Yaniv)

HOWEVER, Michelle Levine, a spokeswoman for Israel's "Green Leaf" party has announced: Cannabis is among the substances Jews are forbidden to consume during the week-long festival, which begins Monday. 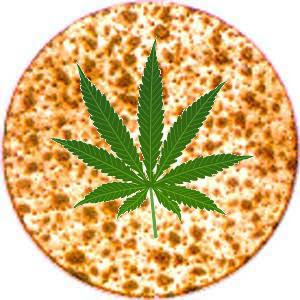 Green Leaf is a small political party that supports the legalization of marijuana. Although it is by no means a Jewish religious authority, the group decided to warn its observant supporters away from the drug on Passover.

"You shouldn't smoke marijuana on the holiday, and if you have it in your house you should get rid of it," Levine said. The edict was first reported in The Jerusalem Post.

But not everyone needs to give up their habit for the duration of the festival. The rabbinic injunctions banning hemp were never adopted by Sephardic Jews, who come from countries in the Middle East and North Africa. That means there is no reason they can't keep smoking marijuana, Levine said, except that it remains illegal, despite her party's best efforts.

Green Leaf contested the last three national elections but never won a seat, despite gaining popularity as a protest vote. According to Levine, the party has a large number of religious supporters. YahooNews (hat-tip: Amshi)

Huh? What does marijuana have to do with kitnoyot? I must have missed something in the Washington Heights Drugs for Dummies 101 course. (Not for users of course, just for general knowledge)
KIDS: Say no to drugs all year round...not just for Pesach!

The marijuana "psak" is based on the debatable link between hemp and cannabis.
I post about it here, along with some hypothetical questions:
http://lonelymanofcake.wordpress.com/2007/03/27/pot-not-on-pesach/

I also felt the need to take a more serious look at the Ethanol parody:
http://lonelymanofcake.wordpress.com/2007/03/28/pesach-petrol/

Many talcum powders have starches added as well as other kitnios derived products to prevent clumping.

Is your baby's bottom kosher for pesach?

You were there? I didn't know you ever--I didn't office know you cared for the theater...

The trouble with this story is that we are being served a whole cholent. The chefs include journalists who don't understand that only eating kitnyos is prohibited and the sort of borderline Orthodox blogger who wants you to skip hakafos on Simchas Torah because it is only a minhag.

Funny, I was thinking of Kitniyot too. Must be the season.

obviously a publicity stunt that the media fell for

This whole thing was dreamed up by the Aleh Yarok party to generate some publicity about them.


They definitely lost my vote now. How dare they ban the holy 'erb?