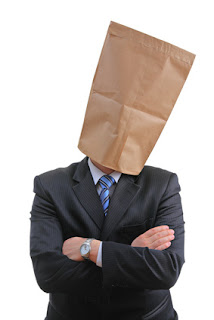 Maariv/NRG has the most shocking story today...

Until recently he was the greatest "returnees to Judaism" [Baal Teshuva] Rabbi...he married an ultra-Orthodox woman via a shidduch [arranged match] and together they raised a daughter of Jerusalem. But the man who preached every night for young Israelis to approach the religion of Moses and Israel, he led a double life and actually lived in a Palestinian village.

The Story of A, according to estimates was responsible for helping bring thousands of young Israelis closer to Judaism, has shaken ultra-Orthodox world. "All who heard this story were in total shock," said Rabbi Eliyahu Abrzil, father of the Regional Rabbinical Court in Jerusalem, who handled the divorce case of A. "If you post the name will be an earthquake in Israel."

A., 45, was born a Muslim in a small village near Jerusalem called Abdullah. 15 years ago he decided to flee from his village, came to Jerusalem, fell in love with Judaism and decided to convert. After seven years of Jewish Studies in Jerusalem he completed the conversion process.

Slowly gaining a crowd of followers and a reputation among "returnees to Judaism", his appearance and lectures were not to be missed. He filled synagogues and halls regularly.

About seven years ago, he met a ultra-Orthodox young woman through a "shidduch". He did not disclose his past, except that he had undergone a conversion. The match was successful, they were married and had a daughter. "Everyone adored him," said the stunned woman. "He was a model for the baalei teshuva. They believed every word out of his mouth." It did not occur to the woman that A was rarely home during the day because of his frequent trips to his home village. He explained his absences in that he was studying very hard.

A. never abandoned his former life: during the day he used to go back to his Palestinian village and take off his Orthodox costume, and return home at nights.

He recently confessed to his shocked wife, and that when his family learned that he was Jewish and they threatened his life. She said he drove her to the village and locked her in a shelter. Their daughter is hidden away with a relative in Jerusalem. The woman tried to kill herself, and A. had to take her to a hospital in Jerusalem.

After her release from the hospital, the woman escaped and came to the house of a Rabbi, revealed the story and asked him to file for a divorce from A.

The news these days is simply too weird.

What will happen to him in his village??

You are so correct about the news these days. But is it possible that his mother is Israeli, and she never told him about his history? There are many such cases. I heard at a lecture that Arab men would deliberately engage and then marry (second wives) innocent (& uneducated) Israeli girls, have babies, then raise the (Jewish) boys to be shahids. the woman who told us was an Israeli 'returnee' from a marriage with an Arab. So she knew.

That is why Moshiach will have to declare just who is a Jew, and not the courts.

I don't see the problem. He had a kosher conversion yet still wanted to see his family. Presumably his parents and siblings.

Since his family was anti-Semitic, he had to hide his identity.

Of course, if the guy was visiting another of his wives, that would be a problem. But that's not what the story says.

what does this mean, "He never abandoned his former life"? He wasn't religious during the day? He had another family?

So, when is someone going to "out" him (at least in Israel)?

Devorah, maybe it means all those things? If his wife loved him (?) as a Baal Teshuva why is she divorcing him? Maybe you're right.

On another forum I heard a name but I'm skeptical about the veracity of the story because this name does not seem to be familiar widely and how can someone keep hundreds or thousands of baalei tshuva a secret?

Is there a followup to this story? Please provide a follow up! I'm very curious to hear what was the outcome or fallout.

I think perhaps this couple should have tried therapy before a divorce. Yes, he lied a lot. But if they were happy before, maybe this is something that could be overcome.