1:15 PM Defense Minister Ehud Barak promises that within 10 days, a new Iron Dome, anti-rocket battery will be installed to protect Ashdod (and a 10 kilomoter radius around the launch battery).

12:44 PM Due to a high level terror threat from the Islamic Jihad terror organization in Gaza, the IDF is increasing forces in Eilat and along the Southwest border between Israel and Egypt.

12:41 PM Israel Defense Magazine: The fall of Assad's regime in Syria would increase the threat of a chemical weapons attack on Israel, since the chemical weapons stockpile and rockets/launchers would fall into the hands of terrorists. Syria has dramatically increased their chemical weapons program since their attempt at a nuclear program was destroyed by an IDF pre-emptive attack.

12:32 PM Highway 12 -- that runs alongsige the Southwest border of Israeli next to the Sinai has been declared closed by the military. No civilian traffic will be allowed on it without a military escort. Seems like our border of peace has disappeared...

12:08 PM Ceasefire continues...Gazan rocket launched at Israel...lands in the Shaar HaNegev region, apparently in an open area. No injuries or damage reported. 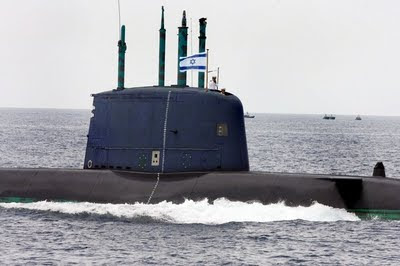 "Out of the depths I cry to you,' says the Song of Ascents in the Book of Psalms. These words will soon receive a different meaning, when a Torah scroll will be placed in Navy submarines for the first time in history.

Since the army began using submarines, no Torah scrolls have been brought in as hardly any religious soldiers served there. But the situation changed recently, after some hesder yeshiva students and even one haredi fighter joined the unit.

A family which donated several Torah scrolls to military bases in the past decided recently to donate another one, and the military rabbi they approached suggested that they donate it to the submarine fleet, whose fighters often spend long period of time in high seas – underwater.

There was only one problem: A submarine is a vessel with very limited room, in which every single space is well calculated. In other words, there is no place for a standard Torah scroll.

What did the family do? It ensured that the scroll would be about one-quarter of its regular size, so that it could be stored in a case the size of a shoe box.

The writing of the Torah scroll will be completed in the coming days, and according to Navy officials, it will be transferred from submarine to submarine by demand.

Haredi website Ladaat reported that the Torah scroll would be handed to the Navy in a festive ceremony in the presence of military rabbis and the donating family. It will be placed in the submarine by a rabbi with a high security classification.

10:12 AM Three of the wounded in this morning's terrorist attack are still hospitalized in serious condition. For more on the terror attack, scroll down...

7:10 AM Neturay Karta, Anti-Zionist Wedding Invitation for the grandson of Moshe Hirsch (founder of Neturay Karta, and member of Arafat's Palestinian Authority)...invites you to a wedding to take place in "Yerushalayim (Jerusalem), Palestine" 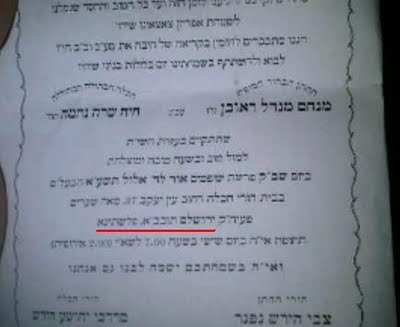 The terrorist stabbed a taxi driver, drove about a mile down Salameh street in South Tel Aviv to HaOman 17 Nightclub, which was packed with about 1000 teenagers celebrating an "end of the summer" party.


Border Police had set up a road block ahead of time at the entrance to the club on Abarbanel Street, in Tel Aviv's Florentine neighborhood. The terrorist rammed the road block, and struck a number of civilians and a Border Policeman.

"He then got out of the car, screamed Allahu akbar, and went on a knife attack," a police spokeswoman said.

Of the seven people injured in the attack, five were Border Police officers and one was a security guard. One was seriously injured and two were moderately injured. The remainder were lightly injured.

A police source said that the road block prevented a far worse outcome.

Israel Radio reported that the attack was coordinated to strike large youth party being held in the area. (JPost) 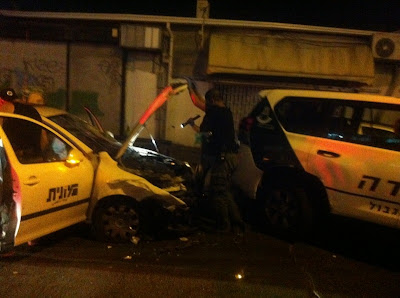 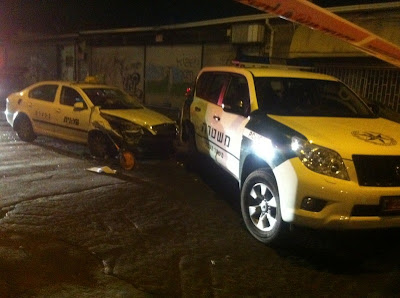 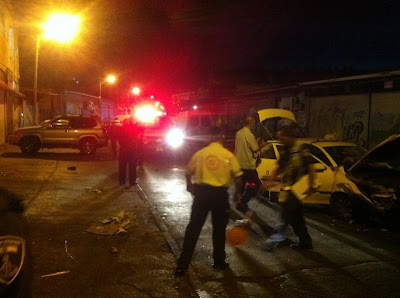 Did they at least kill the terrorist?

Anonymous; Of course not -- the didn't kill him. Israel didn't want to "fan the flames" and make the Palestinians want to commit acts of terror...especially during the holy month of Ramadan...best to break the cycle of violence

The Jews are too compassionate towards those bent on their destruction.

This mindset got them almost wiped out by the Nazis. They forget not every one in the world is good.

Let's not jump to conclusions here, folks. It was apparently just a traffic accident, that's all. Just a big misunderstanding. Why do you racist extremists always assume these minor mishaps are "terror attacks"? Sheesh.

Firstly, you have no proof he was a Palestinian, how do you know he wasn't a settler or Glenn Beck? Secondly, it wasn't an attack, it was just an accident. Thirdly, the Palestinian was completely justified in carrying out the attack, because he felt frustrated by The Occupation. His action was justified and praiseworthy (even though I personally happen to feel that it happened to also be Not Nice.)

Larry, we've discussed this, and you promised you'd stop this already. Now be a good boy and say you're sorry to the nice people, or I'll be forced to take away your cushy job at the JPost.

NOW, Larry. We've been through this already, and you promised to behave from now on. I'm running out of patience...

i promise to stop telling people why i support murdering jews.

And Barak Obama - I mean Ehud Barak says: no shooting the philistines, aim at their feet. Larry Derfner is my advisor and what he says, goes!!

I don't think I like this new newsfeed Muqata.

Can't you open a sidebar with the news incidents?