Will update this as information becomes available. 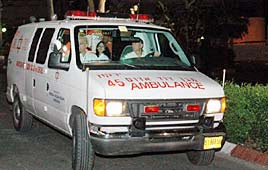 Most of the injured are soldiers that were touring the Old City before Slichot.

Terrorist first shot by armed civilian on Shivtei Yisrael Street, and then killed by an IDF Officer from the unit, .

IDF Soldier may lose his eye after a Palestinian terrorist threw acid at him today.

The terrorist passed through the Shchem (Nablus) checkpoint humanitarian lane (which is meant for those in need of immediate medical attention, and bypasses the normal line) bypassing the normal security check. Upon reaching the soldier, she threw the acid at him and fled back to where she came from.

I am trying to reach my old roomate, he's not answering his SMS's but I have a hunch he may have shot the terrorist. I used to live right accross the street, my old roomate still lives there and has a gun and is one crazy former tzanchan so you never know.

I still am amazed at everyones "why do you need a gun" forget I live in chevron and got locked out friday night (grrr!!) but this is a clear indication of NEEDING a gun.

There was always the argument against armed civilians may shoot a terrorist with a bomb belt and blow everyone up.. this is just messed up now.

So what ? they wont prevent arabs from driving, they will forbid cars in jerusalem?!?

BTW watch for the left / mainstream spin on this.. kikar tzahal WAS the green line..

Good to see tha tyou are still with us.

ugh.
i just found out that the commander of the unit is my friends younger brother. B"H he was not injured, but his friends were...

Did it really take a civilian to protect the soldiers?

When I heard about the attak last night while coming home from Slichot my reaction was almost the same as yours - why the heck are civilians protecting society, not those who are paid to do it.

I was so angry I had to blog about it (blogging is my thearapy):

glad to see that others had the same reaction.

They're moving up from front-loaders (called 'bulldozers' in the press) to BMWs.

Seriously, using a BMW says that poverty is not the cause of the violence. The local Arab culture is such, that when a depressed Arab wants to commit suicide, they take Israelis with them. I don't think this attack was plotted out by any "Masterminds".

This is all so frustrating!

Wonderful.. In the USA there is a phenomenon known as SBC (suicide by cop). We now have the equivalent in Israel, except it involves anyone just standing around.

Not sure this was a terrorist attack in the same sense as others... Seems to be intrinsically linked ot his rejectiong of marriage proposal from his cousin that spurred him to do it. Of course, he may well not have done it if there wasn't a culture of doing such things. But then again, people do all sorts of crazy stuff in the UK, States, Canada, Australia etc so why shuold this be any different? the main difference is that things are far more politically charged in J'lem.