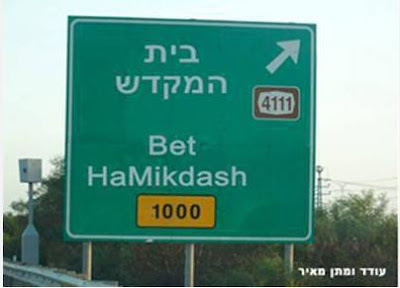 Do you want $25,000?
Buy a raffle ticket for the Yeshiva Chofetz Chaim 2010 Summer Raffle.
Purchases by August 3rd also enter a raffle for a $500 AMEX gift card.
Wherever I am, my blog turns towards Eretz Yisrael טובה הארץ מאד מאד
Posted by Jameel @ The Muqata

Every day is a fast day for the people in Gaza who suffer from worse than a destroyed temple. Their whole country is destroyed by Zionism which is trying to wipe Palestine off the map. The children in Gaza suffer from terrible malnutrition and are little more than walking skeletons. Indeed, one is reminded of the pictures of Auschwitz. The only difference is that this is happening right now. Also starvation in Nazi internment camps was during a way, and the Germans could hardly be expected to provide 3 meals a day under the circumstances. Now, however, Israelis live prosperously, dipping into their swimming pool and eating their kosher steaks. Yet they have put the Palestinians into a concentration camp and are starving them to death. Their ribs are pressed out into their chests and there are piles and piles of dead bodies, most of which Israel has hidden from the world's view, but the world is waking up and soon will no longer be paralyzed by "Holocaust" guilt. VIVAS LAS PALISTINAS!!!!

You must have driven by the new mall in Gaza. I can understand how this could happen, you're myopic and wearing blinders.

Hey, Concerned Spectator, so true about the suffering Gazans. Witness the starvation and degradation of the people of Gaza as they shop for toys, makeup, and get their faces painted.

Maybe don't post again until the LSD wears off.

Picture is now my background so I see it every time I open my computer. And by the way Concerned Spectator gey kop in wand with all the other Jew hating maggots!

Is the fact that going to reach the Beis Hamikdash requires turning to the right a political or religious statement?

This is clearly photoshopped. You can tell this was taken before Mosiach because there's still a speed camera in the background