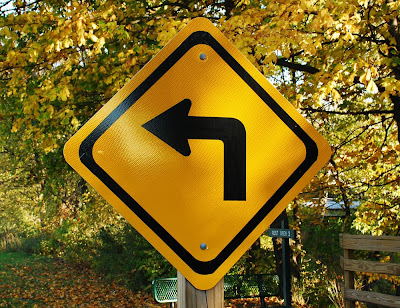 "Barak Hussein Obama will be the next president of the United States. He gave the perfect victory speech last night. We'll be talking later today about satire -- with the election over, how will anyone be able to satire Obama, since he is the perfect president."

The Hebrew word she used to describe Obama was "mushlam", complete and perfect. I don't think that anyone except for radicals in the US would say that Obama is perfect. Then again, radical left is exactly how to describe Israel's media.

Obama’s victory opens an unfamiliar chapter in the history of the US; the social-democratic chapter. We shall see greater government involvement in the American economy, more federal funds earmarked to infrastructure and development, a more vigorous nationwide struggle against poverty, and higher taxes on the income of the wealthiest individuals. Moreover, we will see an Administration willing to manage financial institutions in practice during times of need and crisis.

Obama’s election as US president will signal to the whole world that America is bidding rampant capitalism farewell and making a left turn, big time.

Had Lehman Brother's waited 6 weeks to crash, I think McCain would be the president elect today. While Plocker wishes America was making a wide left turn, I'm not so sure its going to happen.

When Abner Mikva entered the lobby of his lakeside apartment building to vote on Tuesday morning, he wasn't surprised by the long voting line stretching down the hallway.

"People are excited," Mikva told The Jerusalem Post as he stood in line to vote. "This election has people more involved."

Mikva knows a thing or two about elections. At 82, he is an elder statesman in his Hyde Park neighborhood on Chicago's South Side. Sen. Barack Obama lives just up the street.

Regarding concern in Israel about an Obama presidency, Mikva said that "Barack will be the first Jewish president in the US."

"He has a yiddeshe nishama," Mikva said. "He is committed to Israel and its security concerns and understands that democratization does not happen by force but by example, and there is no better example in the Middle East than Israel."(JPOST)

OK, Now I'm worried. What Jewish spirit has been reincarnated in Obama?

I'll be honest, America needs as much money for infrastructure as possible. They're roads and bridges are falling apart.

It is much harder for presidents to adhere to a hard line than people think. We'll have to see what happens.

Why the insistence on writing his middle name? Do you write John Sidney McCain? Or Tzipora Malka Livni?

What an amazing day in American history. I personally didn’t vote for Obama but am truly inspired by the positivity and global reaction resulting from his election. His energy is addicting and his demeanor inspiring.

What’s also fascinating is looking at the dynamic of who voted, how they voted, and what drove them to vote. Obama’s campaign created a wave of energy that grew bigger and bigger as his campaign moved forward, engulfing (in a good way) each supporter and supercharging them. How did they do this? It all started with a vision. Obama’s vision, planted deep within his mind, began to take root almost 2 years ago today. The power of his vision can teach every American citizen about how to accomplish goals using the powers of visualization and intention.

I looked into this vision questing further and found that many super-successful people have been using vision boards to help focus their mind and accomplish their dreams. A vision board is a collage of images pasted on a board that represent your desired outcomes, your goals, and dreams. By studying your vision board, your brain gains clarity on what is important to your success, the things you MUST accomplish. I found a site www.TheVisionBoardKit.com that allows you to download a free 8-step power plan to creating vision boards. I’d highlight recommend downloading it.

I did not vote for Obama. I fear for America and quite frankly am seriously concerned when the world rejoices at the election of an American President. I wish we had another Ronald Reagan in office.

While I am not a fan of Obama, I have to say that I am really, really impressed with the voter energy and turnout. People from all of the various political streams got up off their butts!

Regarding using his middle name all the time--I am with Chaviva--nu, be'emet.

Re: Yael Dann--based on the above, sounds like she was joking, no?

Gila and Chaviva: First of all, Obama's own Israeli PR video uses his middle name ALL the time!

Whats the big deal about the middle name? (Did you know the Palestinians are now calling him "Abu Hussein"?)

chaviva: Why the insistence on writing his middle name? Do you write John Sidney McCain? Or Tzipora Malka Livni?
Feh.

Gila: Regarding using his middle name all the time--I am with Chaviva--nu, be'emet.

Firstly, in Israel, Obama's own PR people and supporters went out of their way throughout the campaign to constantly refer to Obama as "Barack Hussein Obama". They went even further, deliberately placing an inordinate amount of focus upon his middle name, in fact. For an example, see the famous "Israelis For Obama" campaign video, from 1:41 - 1:52. And the local media, which is very pro-Obama, seems to have taken a cue from this, as they take every possible opportunity to use his middle name as well.

In the Arab world, Obama's people have been doing this even more. In press releases from his own campaign, he is referred to invariably as "Barack Hussein Obama". And throughout the Arab world, particularly among Palestinians, Syrians, and Saudis, he is commonly referred to as "Abu Hussein". (See, for example, here and here.)

I would also note that since his election victory, even left-wing, pro-Obama bloggers, like DovBear, have been referring to him as "Barack Hussein Obama". Have you been critical of them, as well?

On Jan. 20, Obama will be inaugurated as President, and he will take the Presidential oath of office. When he does, do you think he will refer to himself as "Barack Obama", or as "Barack Hussein Obama"? If he does the latter, will you be critical of him for it?

Perhaps being in the U.S., I see things differently. I've seen that PR video about 3,000 times, and I know that there is the mini segment where various Israelis are expressing that the name Hussein is just another name. At the same time, there are TONS of Jewish/Israeli bloggers on the net who use the middle name Hussein in a derogatory way, implying that he's going to declare jihad on all of the infidels.

Thus, I can't help but be wary when I read a blog by a Jew or Israeli who insists on the inclusion of it. I want to believe that people have good intentions and that by using it people are trying to dissolve the stigma attached to such a "loaded" name, but it is hard for me to believe, as I witness the absolute and utter racism from so much of the Orthodox Jewish community and the right-wing white community (I don't deny there is reverse racism, but that's not significant here).

Am I making sense? I guess that perhaps for the other side of the world, and in the Middle East especially, the embracing of the name is like renewing its importance as being unique and not as being attached to a stigma of Islamic terror. But from a U.S. point of view, I see people using it here as racist and vile and trying to imply he's in cahoots with terrorists and Islamic militants.

I'm sorry I misjudged or implied anything, I didn't mean to do so. I'm just frustrated with the delusional nature of so many people on the net about Barack Obama.

Chaviva; Dont worry about it.

If anything, my name on this blog is JAMEEL!!!

(Though you wouldnt believe how many people dont bother reading this blog because of name...and mine)

Someone in my school (Fordham Law) said that Obama's acceptance speech was like scripture. She never said whose scripture. Creepy.