Israel fights for it's life.

Driving to work this morning so many thoughts buzzed around in my head about what to post on my blog today. The rockets are continuing to fall all over the Northern area, and the IDF Homefront has issued precautionary orders for all of Northern Israel from Tzomet Amiad in the East to Acco in the West. 21 civilians wounded so far up Northern, 1 woman was killed from a katyusha rocket in Nahariya, and Israel is still attempting to extricate the bombed out tank and remains of 5 soldiers.

9:36 AM: A simultaneous barrage of rockets lands in Nahariya and Northern Israeli communities and in Sderot in the South. More injuries reported. MDA and Hatzala responding.

10:23 AM: IDF imposes an air, land and sea closure on Lebanon

My wife's family has a name for the songs that have just started being played on Israel's radio stations: "Shirei Dikaon" - (depressing songs) They aren't really depressing, but they are the quieter, Hebrew Israeli songs...gone are wild rock songs, or lyrics with irrelevant words. 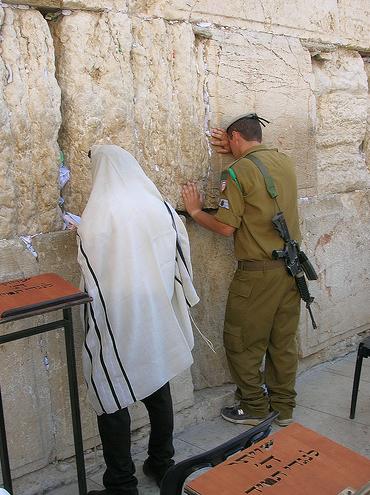 As it's the fast day of 17th of Tammuz today, I'm not listening to music, but in between news reports this morning, one song I heard when my radio was turned down really seemed appropriate. "The Children of the Winter of 73"

This song was written about the children born in the aftermath of the 73 Yom Kippur war... How they were promised a better future, a life of peace, olive branches and how everything would be so much better now. Yet, here they are 18 years later, wearing IDF uniforms with weapons, and all the promises were empty words.

I heard Ehud Barak's voice from May 2000 on the radio, a recording of him addressing new soldiers after the South Lebanon retreat, "You are the first batch of soldiers in the IDF, that will not know Lebanon, you will not have to go there or fight there. Israel has left South Lebanon, never to return."

If you run away from terror, it chases after you, and the empty promises of South Lebanon and Gaza chime louder than the explosions of the Katyusha and Qassam rockets pounding away at Israel ... even as I type this words.

שמע ישראל אתם קרבים היום למלחמה על־איביכם אל־ירך לבבכם אל־תיראו ואל־תחפזו ואל־תערצו מפניהם
Hear O Israel: You approach this day to battle against your enemies! Let not your hearts feel faint - Fear not and do not tremble! Do not be terrified because of them.

כי תצא למלחמה על איבך וראית סוס ורכב עם רב ממך -- לא תירא מהם כי ה' אלהיך עמך
When you go out to battle against your enemies, and see horses and chariots and a people more than you, do not fear them for Hashem, your G-d is with you.

The title of this blog posting, "Israel fights for it's life" is not an exaggeration or my cliche -- it was said at 9:45 this morning on IDF radio, by the IDF Home Front Commanding officer, as Israel currently fights on 4 different fronts; North Gaza, South Gaza, opposite Kibbutz Zar'ir in the North, and the rest of the Northern front.
The Muqata Blog will be reporting the news as accuratetly as possible over the coming weeks, with a clear division of news reporting vs. editorial content. News Updates will simply have a Date/Time stamp in front of them.
Wherever I am, my blog turns towards Eretz Yisrael
Posted by Jameel @ The Muqata

Keep up the fantastic work!

You are my first port of call to finding out what is going on.

Amem, brother! It's time to take out the garbage, once and for all... I just hope we're not stupid about things this time around. That's my only fear; not rokets, not guns. The one thing I'm truly afraid of is our own stupidity.
-OC
P.S. Channel 2 news is now reporting 29 injured, with one in critical condition.

thank you, Jameel, for the ongoing reports

OC: Gave you a hattip on the top post on my blog.

Jameel, sorry, but you got it wrong. Israel is not fighting for its life.
It's just doing some minor weed pulling. It is short-sighted and ignoring the big picture. There's no Victory Battleplan.

Why do you comment back on everyone else comments except for mine?

DCDI: Your comments are so clear and concise, they leave nothing for me to add. Thanks for the well wishes!