Shavua Tov...A good week to us all.

Unfortunately, Northern Israel had a hell of a shabbat, with over 150 Katuysha rockets landing all over the place. Nahariya got 25 rockets, Kiryat Shmona got 28 rockets...and in total there were 3 wounded seriously and about 30 wounded all together.

In Maalot today, a Magen David Adom ambulance crew delievered a baby, and then, under rocket fire, transported the mother and newborn to the hospital in Nahayira.

Tonight in Tel-Aviv, thousands of Israeli Leftists demonstrated against Israel's response in South Lebanon. Wearing communist Soviet Sickle and Hammer shirts, the demonstrators urged IDF soldiers not to take part in the Lebanon operation, chanting: "Listen up, soldier – it's your duty to refuse." Other slogans recited by the participants were: "The occupation is a disaster, leave Lebanon now," "Olmert and Bush have struck a deal – to carry on with the occupation," and "Children in Beirut and Haifa want to go on living." 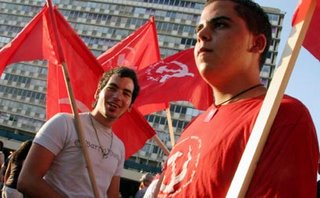 May these people have a speedy recovery soon.

Attention crazy super-rightwing friend from college who always called me a "pinko leftist commie". This is what REAL communists look like.
OK, Jameel here, one last story:
Fatah's "Al Aksa Military Brigades" announce that if Israel expands it's war in Lebanon, they will attack the Ben Gurion airport.

And here are some pictures from Friday of IDF soldiers operating in South Lebanon. Courtesy of rotter.net 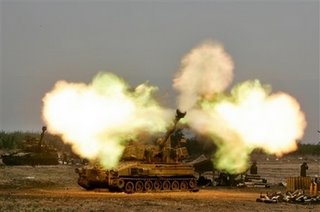 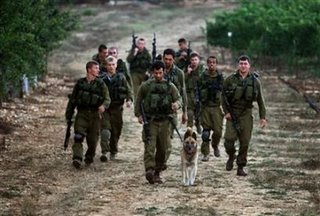 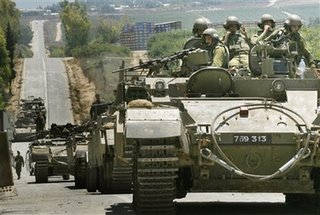 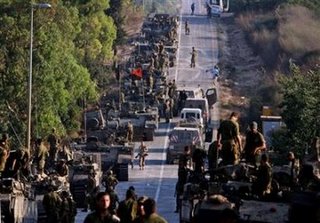 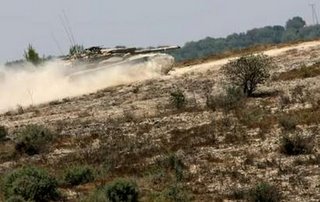 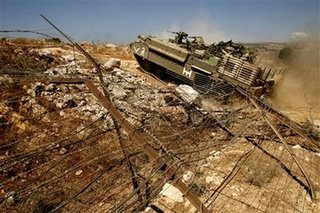 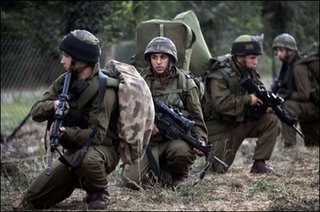 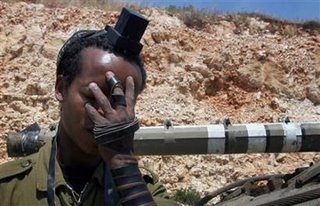 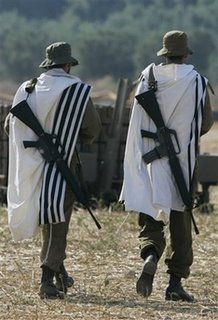 Every country and its idiots.
I fear, however, that's the respond of such organizations and the Lebanese side will get much worse, now that Israeli armed and infantry forces have entered Lebanon.

Do you have a source for the Ben Gurion threat?

(BTW, Jamaal and Co., thanks for doing this. I check this blog rather than the media for news these days...)

TRW: I saw the threat listed on a few websites; I'll post a link later today.

Ilan: I have a feeling the reactions will continue to grow...

Milhouse: Thanks for the link :)

Apparently there weren't even 1,000 people there.

Tafka PP: The news media in Israel had no problem describing the rally as having "thousands" of participants. If you know for a fact that less than 1000 were there -- why do you think the numbers were inflated?

I have no problem with them being rude to me -- I'm used to it. They've been rude for years.