A Muqata History Post: 27 years since the Tyre (Zur) Disaster 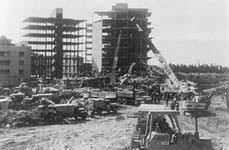 27 Lebanese terrorists also being held in the compound were killed.

The initial investigation by Israel claimed it was a gas leak, but over the years it is now accepted that a suicide bomber, Ahmad Qassir, detonated a Peugeot car packed with hundreds of kilograms of explosives -- at the base of the seven-story building, which served as IDF regional command headquarters for the Tyre/Zur region during the First Lebanon War.

A few days after the disaster, Israel commemorated the event with a national day of mourning, including the sounding of air raid sirens.

May their memories be a blessing, and their deaths avenged. 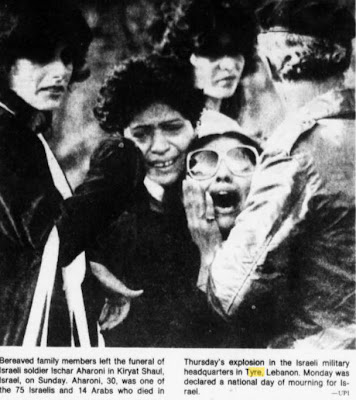