Name that Planet -- in Hebrew. 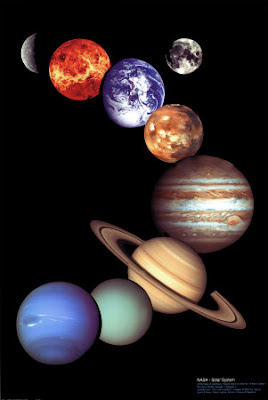 The "traditional" planets seen to the naked eye all have Hebrew names that date back at least 2 thousand years.

Some of the above planets are even alluded to in the Shabbat morning prayer, א'ל-אדון, in the phrase, "שבח נותנים לו כל צבא מרום" ("Praise they give to Him, all the army of the heights"), and the first letter of each word matches a planet's name.

As with many "newer" words, the remaining planets, Uranus and Neptune do not have "official" Hebrew names and are simply transliterated into Hebrew and pronounced the same as they are in English.

Israel's Academy of the Hebrew Language has decided that these 2 planets deserve their own names in Hebrew.

Brought into being by legislation in 1953 as the supreme institute for the Hebrew Language, the Academy of the Hebrew Language prescribes standards for modern Hebrew grammar, orthography, transliteration, and punctuation based upon the study of Hebrew’s historical development. The Academy’s plenum consists of 23 members and an additional 15 academic advisers, all outstanding scholars from the disciplines of languages, linguistics, Judaic studies, and Bible. Its members also include poets, writers, and translators. The Academy’s decisions are binding upon all governmental agencies, including the Israel Broadcasting Authority. (from the Academy's website) On a side note, ever wonder why the "Academy" could never come up with a proper "Hebrew" word for Academy!?

The Academy has narrowed the choices down to two names per planet -- and every Israeli citizen is invited to cast their vote for their choice.

The options for the voting are as follows: 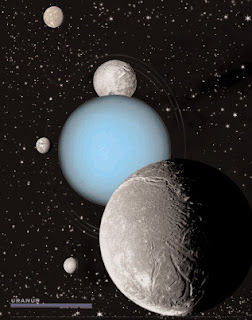 אוֹרוֹן [orone] means "small light" which alludes to the pale light of this planet, as it is seen from Earth due to its great distance from the sun. The name "orone" also has a similar sound to the planet's Latin name.

שַׁחַק [sha-chak] A synonym for sky. This proposal relates to the meaning of the name, "Uranus", "a god of the sky." The Jewish/Hebrew tradition does not have a parallel for a "god of the sky". The word and is used in modern Hebrew as a word for sky. (A sky-scraper is a גורד שחקים). The singular is therefore appropriate for a planet. 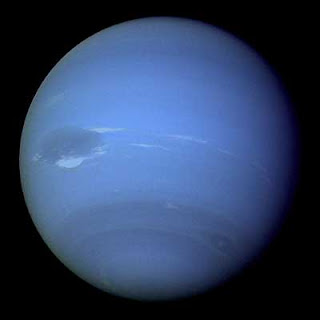 תַּרְשִׁישׁ [tarshish] “This is the name of one of the stones of the breastplate [Exodus 28:20] whose Aramaic translation (Onkelos) is ‘the color of the sea’ (among other opinions) — and this is also Neptune’s color as seen from Earth — bluish-green. ‘Tarshish’ is also connected to the sea in its other biblical use: the name of a place on the shores of the Mediterranean Sea, whose identification is not certain (recall the flight of Jonah the prophet to Tarshish). And on the phrase ‘the ships of Tarshish’, Rashi says ‘Tarshish - name of a sea’. In rabbinic literature and in liturgical poetry ‘Tarshish’ is a synonym for sea, and also a name of angels. Thus the name Tarshish combines the connection to the sea (like the Latin name) and the mythological foundation (angels).”

Voting is only open to those with a Teudat Zehut (Israeli identity card number). Make a difference -- and vote for the planet's name of your choice!

Details and source for above, here.

After translating this post and putting it together, I found a similar post over here at "Mah Rubu" (I borrowed his translation for "tarshish" when I saw what a good job he did). He even picked one of the planet names on the short list! Kudos...

Credit to NASA for the planet photos.

PS: Pluto's status as a planet is still up for discussion, which might be why it wasn't included in this vote...
Update:

1. Pluto is definitely NOT a planet, hence no name is being considered for it.

2. The AddeRabbi Blogger, is one of the official nominators of the "Rahav" name for Neptune. He posts on the topic here and here. Go Vote!

I believe your first picture is not accurate. Having craters indicates it's a solid planet, and Uranus is a gas giant. Perhaps you picked a picture of a frozen moon of Uranus.

They should have named uranus;
"תחת שלך"

By the way, it's Rahav (with a "hey") not Rachav (with a "chet").
Rachav was a biblical whore. Rahav was the biblical personification of the sea.

Rechav also became the wife of Yehoshua, obviously she did teshuva. She was known to be one of the most beautiful of women in the Torah!

Not nice to omit her hashivus, as she must have become a tzedakes!

Jameel, I love the attempt of the article, it's great. I'm going to do my own research on the topic.

Also, while you're in the mood ............. what are you making for Chanuka? Potato Waffles? Shredded carrot waffles? Veggie Waffles? I found a great recipe for unique waffles. Can I send it to you? :-)

"Voting is only open to those with a Teudat Zehut (Israeli identity card number)."

i have an old mispar zehut, but not a teudat zehut. can i vote?

Neshama - fair enough. She was a biblical whore and rabbinic heroine.
Regardless, her name has not been nominated as the Hebrew equivalent of Neptune.

I like any information about planets and the galaxy, i think that this topic bring us a lot of interesting things that we must know, the planets are amazing and beautiful.