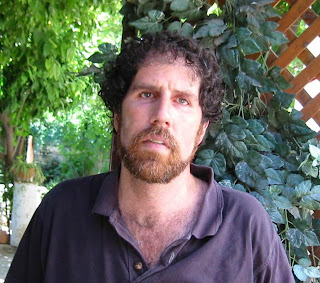 Who are these radical extremist rabbis, willing to physically stop archaeologists?
No, it's not Ultra Orthodox Rabbis.
Not Satmar, not Neturay Karta worrying about possible Jewish graves.
Its...Rabbis for Human Rights!
After clashing yesterday with excavation crews outside the Old City, Arik Asherman from "Rabbis for Human Rights" was requested by the police to join them at the police station and sign that he would stay away from the excavations.
When he refused, he was arrested. The Jerusalem Post touched on these excavations a few days ago in, "Digging Too Deep?" and how Palestinians and Israeli leftists are worried about archaeological excavations by "Elad" -- The City of David reclamation project. Starting with Yasser Arafat's statement that there never was a Jewish Temple in Jerusalem and continuing with the ongoing destruction of remains from the Jewish Temple by Palestinians on the Temple Mount, Palestinians are scared that Elad's finds will strengthen historical Jewish ties to the city.
And what better way to help the Palestinians in all their causes then to enlist the ranks of more useful idiots, the "Rabbis for Humans Rights"?
Turning every Jewish resident of Jerusalem into a "settler", "The Times" from England say the following:

Jewish settler groups are digging an extensive tunnel network under Muslim areas of Jerusalem's Old City while building a ring of settlements around it to bolster their claim to the disputed city in any future peace deal, anti-settlement campaigners have told The Times.

One group, the Israeli Committee Against House Demolitions, said that settler tunnels could one day extend under the al-Aqsa mosque, Islam's third-holiest site, and claimed that extremists could use the access route to attack the structure in an attempt to prevent the creation of a Palestinian state. Settler groups flatly deny such allegations.

“Our main concern is that as the extreme Right feel existentially threatened as to any real potential for withdrawal from the occupied Palestinian territories, they may try to prevent it by committing a cataclysmic act that would change the course of history,” he said, citing the 1995 assassination of Yitzhak Rabin, the Prime Minister, by an Israeli extremist because of his commitment to the Oslo peace deal.

What he meant to say was, "Our main concern is that as the Palestinians feel existentially threatened whenever archaeological Jewish History is uncovered in Jerusalem, they will try to prevent it by committing acts of terror."
Wherever I am, my blog turns towards Eretz Yisrael טובה הארץ מאד מאד
Posted by Jameel @ The Muqata

Man, you venture into some swamps where even I would not go - and I'm used to crappy newspapers!
[I read the SF Chronicle for over twenty years, before finally going cold-turkey three months ago.]

Why do you dignify these left-wing kapos as "rabbis"? They have no smicha ,and have less training than high school aged yeshiva students.

Is he going for the Jesus look in that picture?

His beard likes trimmed and less gray. Did he use Just For Men?

The obvious ignorance of the Left and anti-Israel elements:

NO "radical right" in Israel would dare to tunnel under the Al-Aqsa mosque as it sits on Judaism's holiest site and the Holy of Holies is inside....somewhere.

NO self-respecting Jew would consider digging even an inch if that would mean the possible desecration of the most sacred place. Only in the minds of those Leftist who justify the desecration and use of mosques to hide weapons and commit war crimes is this even an option?