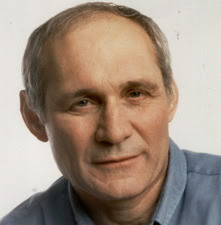 So many things going on...here's a quick roundup.

1. The sad news of the day, is that Rav Hanan Porat died last night.

At the funeral for former MK Hanan Porat on Wednesday, Knesset Speaker Reuven Rivlin eulogized the Gush Emunim leader, calling Porat "a visionary and an achiever, a poet and a fighter."

"You knew how to be the public's agent whose mouth was full of song, to be a sharp parliamentarian with a dreaming soul," Rivlin said. "Within your soul there was a great love, a conquering love, for the national of Israel, for the ground of this good land, for Israel's Torah."

"Your voice, Hanan, was silenced," he concluded, "but the voice of your song will still lead, with your mighty love, this nation and this land for many years. I came to say goodbye on behalf of the Knesset and the Israeli nation. You will be missed greatly."

Porat, who inspired thousands of people to settle the hilltops of Judea and Samaria, died at his home in Kfar Etzion on Tuesday after a long battle with cancer. He was 67. His funeral will took place on Wednesday in Kfar Etzion. JPost

3. This morning, 2 Arabs created a disturbance on the Jerusalem light-rail in the vicinity of French Hill. Security officers were required to use pepper-spray to overpower them and they were physically removed from the train; police were called in to arrest the law breakers. (source) 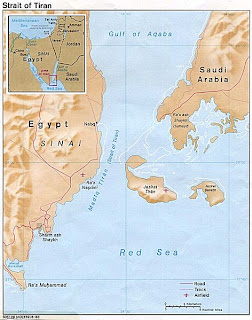 4. Iran Press reports that Israel has been secretly occupying the Sanafir Island in the Red Sea since 1967, with the approval of Saudi Arabia.

Saudi Arabia and the Western states have kept silent for decades regarding the occupation of two Saudi western islands by the Israeli regime.
Israeli forces reportedly occupied Saudi Arabia's Tiran and Sanafir Islands in 1967.

The two islands are located at the southern end of the Gulf of Aqaba, leading to the Red Sea.

The two islands were given to the former Egyptian President Gamal Abdel Nasser for logistics use in the Six Day War of 1967 against Israeli forces.

However, the islands have been occupied by Tel Aviv since Egypt's defeat.

The Straits of Tiran, which has remained under the control of Tel Aviv, has strategic significance since it serves as Israel's only direct access to the Red Sea.

Regional observers say while Saudi Arabia has maintained a total silence on its own Israeli-occupied islands, it vigorously pursues baseless claims by the United Arab Emirates against three tiny Iranian islands in the Persian Gulf. (Iran PressTV)

What is interesting about this story, is that it appears previously over a year ago in the MiddleEast Monitor...with many more details.

5. Israel Prisons to stop serving stuffed chicken to convicted terrorists, and is reducing the number of TV channels they can watch. (NRG)

6. YNET reported the following (which was also linked to on DrudgeReport)

In a meeting with Turkish Foreign Minister Ahmet Davutoglu, Assad said: "If a crazy measure is taken against Damascus, I will need not more than six hours to transfer hundreds of rockets and missiles to the Golan Heights to fire them at Tel Aviv."

7. Will be writing a post soon about the Mosque Arson in Northern Israel, allegedly a Jewish revenge "price-tag" attack.

7. What will 972Mag say when we all find out it was Arabs from Hebron that burned the mosque down?

Because I though it was a man from Herzlia in the center of the country that shot at PM Rabin.


Now I'm sure it was 3 Arabs from Hebron.

Wait! Are you implying that 3 Arabs from Hebron burned down the mosque in an attempt to incite the Arab residents of the Galil against the Jews!
And the police arrested these 3 Arabs?
And the media knows it wasn't Jews or Settlers, but the censor isn't letting them discuss the details of the story, and that's the reason they aren't talking about it? But is that the reason why the media is trying to let people believe it was settlers and not 3 Arabs from Hebron who were arrested for it?
Am I allowed to comment here about this?

JoeSettler, please stop having conversations with yourself!

Learn to write too. :D