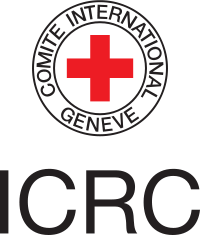 Two Hamas terrorists set up shop in the International Red Cross building in Jerusalem over a year and a half ago. YNETNews reports:

The two hid for a year-and-a-half in a Red Cross building in the east Jerusalem neighborhood of Sheikh Jarrah after their Israeli ID was revoked by the Interior Ministry due to their involvement in terror activities. (Yair Altman/YNET)

While I thought this was something new, its been reported on for months by CBN (why they are reporting this and not mainstream Israeli news is disappointing)

Israel suspects these three Hamas legislators had a role in the 2006 kidnapping of Israeli soldier Gilad Shalit. It ordered them to be deported from Jerusalem last summer.

Instead, the three found refuge at the Red Cross, where they've set up a tent and held court on a daily basis, with no protest from their hosts.

The three Hamas officials have been living there since July. During that time, they've held a number of press conferences and met with foreign dignitaries, including former U.S. President Jimmy Carter. Every Friday, dozens of East Jerusalem residents gather at the Red Cross to hold prayers as a show of support.

Goin, who refers to Israel as an "occupying power" in East Jerusalem, said politics are not involved in the Red Cross's decision. CBN News Senior Editor John Waage, who's long analyzed the Middle East, believes otherwise.

"I think it's a thinly veiled, in your face statement to Israel that East Jerusalem is part of a future Palestinian state," Waage said.

"The Red Cross has asked repeatedly to see Gilad Shalit," he added. "They've never been allowed to see him, and yet at the same time, they're housing three members of Hamas."

The Red Cross said it will not prevent Israeli authorities from arresting the Hamas officials. The Israeli government had no comment on the situation. (CBN)

The question remains, what does Magen David Adom gain by affiliating itself with the Red Cross...

This is getting disgusting. The redcross won't even recognize the magen david adom!

1. The MDA can't wear its Jewish Star symbol when treating people outside the borders of the State of Israel (as opposed to the Red Cross or Red Crescent).

2. The MDA can not officially operate in the West Bank / Yehuda vShomron, and have been removing the Red Jewish Stars from its ambulances. MDA has also said they would make their volunteers and workers in the territories replace their uniforms.

3. The MDA is not officially allowed to operate in the eastern part of Jerusalem.

4. The MDA has completely stripped itself of all self-dignity by grovelling at the feet of the International Red Cross. They have no Jewish pride and have sold their soul for a bowl of lentil soup.

You can ge the accounts of the Red Cross (and Red Crescent) from their website. When Red Cross aid is distributed to muslims it is marked with a Red Crescent. Yet their accounts show that even the tiny non-christian country of Singapore gives more donations to the Red Cross than the entire muslim world put together.

Sound like they don't recognize them at all then...