What a disappointment....well, maybe not.

After a 14 minute surprise press conference, first Olmert drags it on saying how wonderful the government is, how everything in Israel is grand, how the police have been hounding him over investigations in which de did nothing wrong, and he has answers for everything.

Instead of outright resigning, he is only stepping down after the Kadima primaries.

Prime Minister Ehud Olmert said Wednesday that he has decided not to contend in the Kadima primary and would resign as soon as the new party leader was chosen, due to the criminal investigation that have embroiled him in recent months.

Olmert made the announcement in a statement to the public from his official residence in Jerusalem on Wednesday evening.

The prime minister has been under official criminal investigation in recent months over allegations of corruption in his former capacities as Jerusalem mayor and trade minister.

Political sources had expected Olmert to announce that he would not run in upcoming leadership contest in his Kadima party, scheduled for September 17. This decision in effect signals an end to Olmert's political career.

Olmert began the address by saying that despite having been beset by investigations during his tenure, he has improved the situation in Israel and continues to believe that peace is the most important track for the country.

The prime minister went on to say that as long as he was in power, he would work toward this goal of peace.

[He may not be beneath the law, but he's certainly beneath contempt. -Lurker] 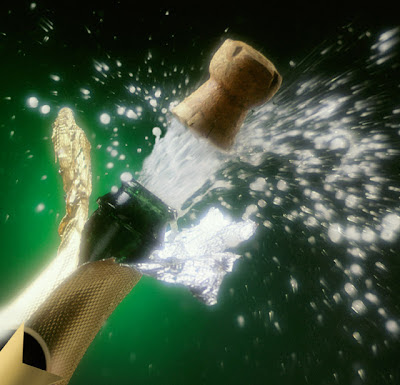 Email ThisBlogThis!Share to TwitterShare to FacebookShare to Pinterest
Labels: Olmert resigns, sort of

To quote your previous post,
"But the #1 trait to bring with you is a positive attitude -- that you are here to make a difference, here to build the country, here to raise a family and be part of the community, and here, because it's home."

He believes he has improved the situation in Israel??? What world does this maniac live in??? He created a stagnant government that hasn't done a damn thing in 2.5 years, brought Israel's its toughest military defeat in recent history and then pissed on it with a disgusting prisoner exchange, allowed Sderot and its surrounding areas to be held hostage as Olmert fishes for "peace" and his place in history, etc., etc., ad nauseam. This man is truly delusional. The disgusting part is he probably believes every drop of dung he throws at us.
-OC

guys - you dont know what slime olmert is!

just heard on reshet bet, that after olmert resigns, because a new chairman of kadima is elected, the chairman is responsible to create a new government.

If a new govrnment is not formed...then OLMERT remains as Prime Minister till the original election date (2 more years)...

How can the law obligate someone who resigned and doesn't want to remain in office to be Prime Minister? (I'm speaking theoretically, obviously, not about Ehud "Sticky" Olmert.) I mean, suppose the PM dies, and the new chairman can't form a new government? Does the dead guy stay Prime Minister?

This opens all kinds of possibilities, you know.

I guess it makes sense, sort of. In a country where dead people vote, why shouldn't they hold office as well?

So it's to soon to enjoy that gorgeous bottle of champagne, huh?

Olmert is forming a new political party for miscreants who are beneath contempt and calling it מתחת. It's voting symbol will be "מת".

Gee a Moron -- Yeah, I like מתחת as a party name. It works in Hebrew too: מתחת לכל ביקורת