Who sank the Iranian Weapon Ship? 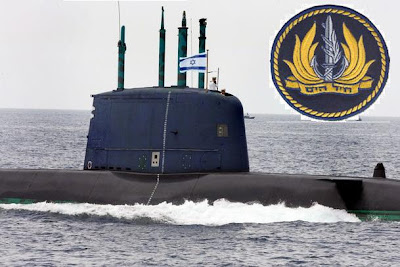 The following was reported by the Nana news service in Israel (in Hebrew)...and appears here as well in English.

Bethlehem – Ma’an – An Iranian ship transporting arms to the Gaza Strip was destroyed off the Sundanese coast in the Red Sea last week, the Egyptian newspaper Al-Usbu (The Week) reported on Sunday.

The newspaper reported that an unidentified warship launched missiles at the ship, sinking it with its crew and cargo. Quoting anonymous sources, the newspaper suspected Israeli or American forces were responsible for the attack.

The same sources said the ship was on course to dock in Sudan, where the weapons would be unloaded and eventually shipped to Gaza through Egypt.

Neither Iran, Israel, nor the United States have made any official comment on the report.

In March it was revealed in American media that warplanes, likely Israeli, bombed a convoy of trucks suspected of transporting weapons to Gaza in January. Israel did not deny that it participated in the attack.