We will be live-blogging events throughout the day as they happen in this important breaking story.

Latest news on top (start reading from the bottom up).

5:36 PM Jews around the world recognizing the hidden miracle that happened to them. Confirming and Accepting upon themselves for all time a remembrance celebration.

5:34 PM Reports streaming in of Jewish victory parties around the world. Jews exchanging gifts, helping out the poor and needy, and eating (of course). New phrase introduced into Jewish lexicon "They tried to kill us, we won, let's eat."

4:58 PM As reports of Jewish military victories stream in, the government is in a state of chaos. Officials are changing allegiances. No fence sitting for top officials as they are forced to choose sides. Jewish Leadership clearly taking charge. 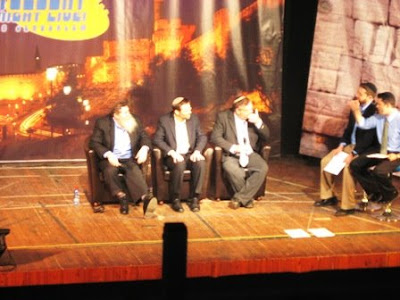 4:47 PM After F-16 strike, UN is going to be silent for a long time. Antisemitism suddenly on the wane. Jews talk of opening up Conversion Authority as requests to join Jewish People suddenly jumps.

4:42 PM No surprises here. UN, completely silent until now (except for complaint of Jewish non-compliance with Jew laws), suddenly complains of genocide by the Jewish people. 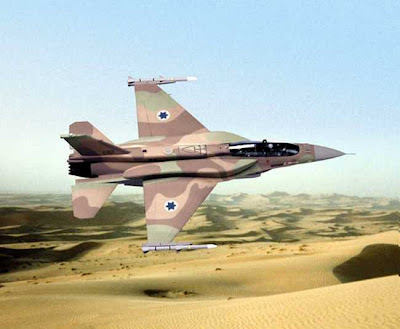 4:25 PM BREAKING NEWS: Details still unclear. There has been a major cabinet shakeup. The captured Jewish girl (the Woman in Green) has apparently been working undercover with the Jewish Leadership. Antisemitic Chief of Staff hanged on his own gallows. Two-State solution dropped from all official statements and releases. 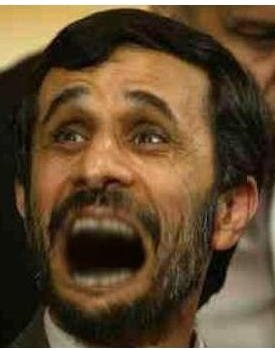 4:03 PM WHAT GOING ON? Everything is upside down. Confused reports coming from the Government Center. Something serious happened during the After-Party.

We're trying to make heads and tails of what's going on. Will report as soon as we know more.

3:30 PM Government Binge Drinking Party ended, but now there are reports of an after-party.

While we can accept that the captured Jewish girl is confused, but even with assimilation and Oslo Syndrome, going to party after party while we the rest of us are under a death threat!

1:40 PM Reports of Gallows and mass graves being seen in the city.

1:30 PM Government leaders throwing another binge drinking party. Government calling for two-state solution - "up to half the kingdom". Jews in big trouble. Where will help come from?

1: 15 PM What utter hypocrisy! We're fasting while some Jewish leaders are parading around the city in their royal finest. 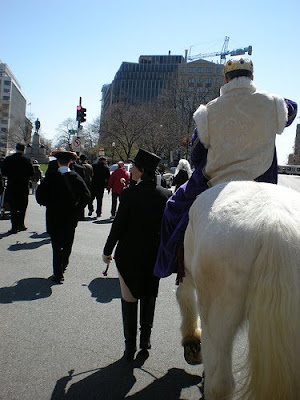 Picture source: (See comments for attribution information)
1:11 PM It's confirmed there is a plan to kill all us Jews. Nukes, armies, swords, the works. The booty stolen from us is going to go the government coffers. 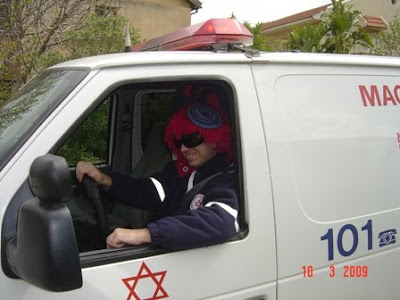 12:01 PM THIS IS BAD. VERY BAD. We are trying to independently confirm the reports of a new government decree that was just announced. Will let you know as details come out.

11:49 AM Rotter reporting that inside government sources are saying that the government is bankrupt, the coffers are empty, and the economic quorum is officially going to announce that the country is entering an economic depression.

Already the Jews are being blamed (like always). Antisemitism on the rise.

11:25 AM LAYING LOW? What in the world is wrong with our Jewish leadership? You call that laying low? The guy (you all know who I mean) is just purposely antagonizing him. How stupid can you get. Doesn't he even think about the repercussions for the rest of us here in the capital? He's probably doing this just because he got demoted. Civil servants. Yuch.

11:23 AM This is bad news. The cabinet reshuffle was worse than we thought. You thought the campaign for "Change" was bad? Now some major leftists have been appointed to key positions. And the Chief of Staff... one of the biggest anti-Semites around. We're in for some rough times, time to lay low.

10:59 AM Breaking News You heard it here first before it was on the news. Bulldozer-based assassination attempt foiled. And of course, a religious Jew stopped it.
Hero's identity is still secret (as per his request), but I guarantee we will uncover the connection between him and the Yeshiva.

10:23 AM WTF? (What the Farsi). Kidnapped girl showing signs of Oslo syndrome. Rumors that she is romantically involved with senior government official!

8:05 AM Well-known religious leader seen hanging out at a street corner in disreputable neighborhood. DovBear expects the worst.

8:03 AM No news on kidnapped girl, but rumors are running wild that the cabinet is being reshuffled.

7:15 AM EXCLUSIVE TO THE MUQATA: Woman in Green arrested by government forces - taken to unknown location. Jewish community leaders hushing up the story. But we have a picture of the kidnapping!

6:23 AM Coalition talks solidifying, but rumor has it that SHE is out of the picture. Good riddance. Not that this kleptocracy is any better.

6:00 AM Jameel is exhausted (and drunk) from partying last night in the Capital with all the big-wigs in the Central Committee. JoeSettler taking over for the day (unless Jameel wakes up).

Email ThisBlogThis!Share to TwitterShare to FacebookShare to Pinterest
Labels: purim

This is funny, I thought it was real at first!

This is true honest reporting, though why would you choose Purim to do this?
You could have done this last Tuesday or next Tuesday and pretty much reported the same news!?!

What exactly do you think the Jews of Persia faced?

I've seen that king before!

The unattributed photo is of last year's Purim Parade through downtown Washington, DC by members of my shul Ohev Shalom-The National Synagogue.

Come visit us when you're in DC.

Thanks. I found it without any attribution.

To anonymous 4:27. I'm sure you've read the Megillah. The genocide of the Jewish people is exactly what was planned then, and is exactly what the Iranian government is planning now.

We need more pictures of Jameel on duty like that one! :)

They had to drag him out of the ambulance before he threw up on all the equipment. He's sleeping it off right now. He doesn't even know they took this picture of him and I posted it.

YM: We reported it as we got the news. What do you want? To make it into a Gansei Megillah?

I am already working on the t-shirts.

wheres Jameel. he's got to have purim humor too.

Jameel is sleeping it off.

Weird. It could almost be today if it wasn't 2000 years ago.

maybe joesettler could sleep it off too

Then who would update the blog?

How did you know this is my favorite fantasy?

Well, which one are we, a genocide state, or an apartheid state? (and learn to spell you idiot)

You can't have it both ways.

And another moron takes a word from my language that he does not grasp, and applies it with a meaning it does not have. You know, as a native speaker of Dutch, I am getting almighty fed up with Anglos hijacking that word. It's almost as if they have an imperialist / colonialist attitude towards other people's intellectual realms.

Oh wait, they actually do.

And as for genocide, Jews just aren't very good at it. That's why there are so many more "Palestinians" than there were sixty or even forty years ago.

See, if you really want expertise on genocide, try the Gentile nations.
The Dutch (wiped out an entire island in the Indies for business purposes, exterminated natives in South Africa, started race wars in the new world), the English (much the same as the Dutch), the French (Indochina, anyone?), the Belgians (Congo - a byword for savage slaughter of uncooperative natives), Russia (multiple examples), Turkey (Arm...., Arme...., Armeni....., best not say it, could get the Turks angry again), China (anyone remember the Dzungarian? No, how about Tibet?), Indonesia (Aceh and Timor L'Este, Dayak tribes, Moluccans, Papuans, etc.), Thais (brutal exploitation of hill tribes, along with sexual slavery of their women), Spain (Latin America - examples to frikkin' numerous to detail).
Oh, and Germany, of course. How could I forget.

Seems to me that stopokupying needs to learn his history better. And has no business pointing fingers. Besides being rather stupid.

And if he's so hep about Palestinians, perhaps he should protest the Lebanese and Jordanian apartheid policies that still limit the rights of the descendants of those who left.

The Elders of Zion, the venerable and shadowy Jewish organization that controls the international banking industry, news media and Hollywood, has announced that it is disbanding so that members can retire to Florida and live out their golden years on the golf course.

They tried to kill us; we won; now bring on the waffles!

Aside from the picture of Jameel@theambulance, this was plain unpleasant. I think we can conclude that Mr. JoeSettler needs to get a) out more, b) a good therapist.

ppp: What exactly was unpleasant? I can show you chapter and verse where each update came from in the Megillah.

The exceptions are:
1) the picture of Jameel
2) the terror attack attempt in Bnei Brak, which was real.

Did you also find the Megillah story to be unpleasant? Seriously.