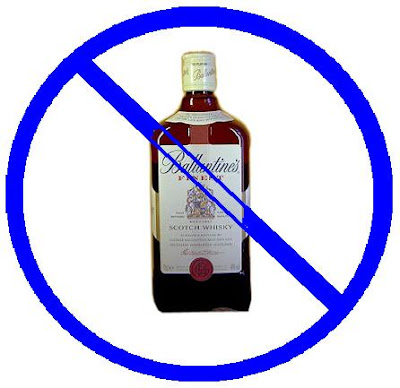 This post is outdated. The updated link with all the information is here.

This is the post I wish I didn't have to write.

Two and a half years ago, shortly after Operation Cast Lead, the West Dunbartonshire Regional Council, located west of Glasgow, approved a bill that called to boycott goods produced in Israel.

According to the law, the council and all public bodies under its jurisdiction are forbidden to sell goods that originated from Israel.

Following the botched raid on the Turkish Flotilla to Gaza last May, the council expanded the boycott to include a ban on the purchase of English translations of Israeli books and the distribution of these books in public libraries throughout the council's jurisdiction.

West Dunbartonshire was joined by the large Scottish city Dundee, which decided to issue a recommendation to boycott all goods produced in Israel.

Legal advisers instructed Dundee's mayor to refrain from legally enforcing the boycott in order to avoid future lawsuits. Instead, the municipality plans to distribute posters throughout the city, calling on some 150,000 residents to refrain from buying Israeli goods, and will also apply a special mark on Israeli products, in order to make them easily identifiable. (YNET)

Its only fitting for people who believe that Israel is entitled to self defense (something Scotland obviously believes Israel isn't entitled to), that we boycott Scottish whiskys from the areas in Scotland (West Dunbartonshire, Dundee) that are boycotting Israeli products.

The whisky's I've found so far:


If you find more...please let me know in the comments section. Once we have a definitive list, I will present it the Duty Free people in Ben-Gurion airport and will make the case for them to remove those whiskys from their shelves.

Boycott these whiskys, people! They don't deserve your money...though I wonder how much support they would get from Gaza.

A boycott can work in both directions.

Are they boycotting ALL produce from Israel, or just Jewish produce.

I.e., if Israeli Arabs were to export something would that be included in the boycott?

If not, the policy is not anti-Israel, it's just anti-semitic.

@Michael - anti semitic and anti israel is a bit like splitting hairs, no?
as a bourbon drinker myself, im proud to already boycott the scottish :)

Funny -- we suddenly discovered that we prefer bourbon. Some life-decisions are made for us; and that one was easy.

Drink this instead. It's more or less good for you (non-prescription, but from a doctor), and you won't need a designated driver:

Thanks for the info. The committee that oversees kiddushim in our shul was informed and is as I speak sending out a notice to all members that the Scottish whiskeys may not be used in the shul and should not be purchased for home use either. Also planning to stop by the local liquor shop where many in the neighborhood shop and tell the owner that those Scotch whiskeys are on our don't buy list and why.

Also sent an email to the Scottish representatives in Manhattan and told them that I've discovered that Chivas makes a perfect toilet bowl cleaner, although I'll never be buying it again. Even excrement deserves better than what the Scotts are cooking up.

Another fine example of Israeli collective punishment against innocents.

Another fine example of Israeli collective punishment against innocents.

@Anonymous: "Another fine example of Israeli collective punishment against innocents."

And your post is another fine example of the double standard imposed on Israel.
It's ok for the Scots to boycott Israel but it's not ok to boycott the scots.

I used to go around boycotting this and that but I'm starting to wonder if it's worth it. The makers of the Scotch might be against this ruling e.g. Should they be punished? Will it even make a difference? Jews seem to be generally lousy at drinking anyway and if they all stop drinking Scotch, no-one will even notice except the poor suffering Jewish Scotch lovers. (Scotch is not so easy to give up you know.)

Perhaps we need to come up with more creative ways to protest; less reflexive and more to the point.

Jews boycotting Scottish whiskey will not have much of an impact. There are about 12 million Jews in the world, but there are 50 million evangelical Christians in the US who support Israel. If they and the people they know start boycotting people who boycott Israel, the boycotts will end in a hurry. The US is their biggest market after all. And while many people are uneasy about boycotts (we argue that the many Europeans who don't especially like us should nevertheless not boycott us), it is much easier to justify a boycott against someone who is already boycotting someone else. In short, beyond voting for pro-Israel congressmen, this is American Christians' one big opportunity to make a concrete difference in helping Israel.

I stopped buying scotch whiskey when Scotland decided to release the Lockerbie bomber.There are many excellent bourbons, vodkas, tequillas etc. to enjoy instead.

I think these 3 whiskys wont be missed too much anyway!
(Just don't add any Islays to your list!)

So will they be boycotting cellphones? computers? Medical technologies?

You know, all the important Israeli technological advances?

Here is a link to info on all distillers in Scotland

Half the scotches you mentioned are not in the region.

Laphroaig and Bowmore are Islay's and clearly further west.

Glenlivet and Singleton are Speyside scotches.

"the municipality plans to distribute posters throughout the city, calling on some 150,000 residents to refrain from buying Israeli goods"

And right beside them, I'd like to put pictures of Jesus, Moses, bibles, etc., with the caption, "Boycott Jewish things".

(and, as someone has suggested, pictures of cell phones, Intel, various medicines, etc.)

If they want no Jewish influence in Scotland, so be it...

btw, does the ban on English translations of Israeli books include a ban on the bible?

But life would have no meaning without Glenlivet . . . Just kidding!

once upon a time I was introduced to the delight of

how about e-mailing current Scottish bestselling authors? so that they stand up and bring their co-citizens to their senses since after all Scotland is a country that has an honourable record as compared to us other Europeans.

Where are you getting the info on whiskey produced in dunbanshire?

I have asked Pernod, owners of Chivas for comment. Their email is media.relations@pernod-ricard.com

Let them know that you are unhappy.

I love their marmalade but that's got to be boycotted too! And plaid, tartan, kilts, jewelry ... I refuse however, tempting as it might be, to boycott books published in Scotland.

Please - there is no such thing as Scotch whiskey. The product from Scotland is called whisky. It is he other stuff that has the 'e'.

I think I've got it! Instead of refusing to buy their stuff, how about inventing something they really want then refusing to sell it to them.

So far I'm onto electric bagpipes and curried haggis. Perhaps some Jew could come up with non-scratchy tartan.

Jameel,
According to people I know who have been to Scotland and visited the distilleries, some of the Scotches you name (Bowmore, Auchentoshan in particular) are not where you say they are. Also, there are Jewish MPs in the Scottish parliament- we should find out who they are and support them.
@Thermblog, we had Jewish friends who owned a mill that made non-scratchy tartans, years ago!

There are only two active distilleries in West Dunbartonshire: Auchentoshan (www.auchentoshan.com) and Loch Lomond Distillery Company (www.lochlomonddistillery.com). and none in Dundee.

The Dumbarton complex, which also housed the Inverleven stills, which were mothballed in 1991. The Dumbarton side does still produce whisky for the Ballantine's blends, but it is not the only component. Littlemill, dismantled in the 1990s (there's even a YouTube video of the dismantling) was long gone years in advance of the boycott by the West Dunbartonshire council.

The Singleton is made by Glendullan Distillery in Dufftown, in Speyside, and owned by international conglomerate Diageo, headquartered in London, UK.

So, from your list, it would appear there are but two distilleries that actually are produced in the areas you state are boycotting Israeli products: Auchentoshan and Loch Lomond. The others, outside of Ballantine's which is produced in part with whisky distilled in West Dunbartonshire, do not appear to belong in your list.

Islay and its whisky (i.e. the peaty and smokey single malts produced by Laphroaig, Ardbeg, Bowmore) are in the Argyll and Bute Council, and NOT in those council listed in the blog. Whether you want to boycott those products is up to the consumer.

I just has a look at the West Dunbartonshire Regional Council website. Guess what!!!

Oh, I dunno....I used these whiskeys in a post to a Scottish blog (where thankfully most Scots thought the whole book-banning thing was moronic) but when I said we would be drinking Irish whiskey from now on and not [insert list of Scots distilleries] they all became quite upset and said "but you can't blame ALL Scots for the actions of a few wing-nuts" [words to that effect--wing-nuts is mine].We may not collectively have much impact in overall sales but I think their national pride took a beating....

So should the Scots boycot the Bible?
How abut a class action suit against them for copyright infringement for their King James version?

I don't know from where you got your whisky info, but it's really wrong. only 2 of the seven whiskys mentioned are produced in West Dunbartonshire and they are:
Auchentoshan
Loch Lomond

The others are produced as follows:
Chivas and Glenlivet - Moray
Laphroaig and Bowmore - Islay, an island in Argyll
The Singleton - Aberdeenshire

I checked the internet for news of Moray, Argyll and Aberdeenshire boycotting Israel and didn't find anything.

All the whiskys listed appear on the websites of the whisky distillers.