Quite surprisingly, the Obama administration came up with a great idea for Peace, unfortunately though, they got the parameters all wrong.

Their idea is that land will be leased for peace. Their mistake is which side is supposed to do the leasing.

Obama believes that Israel should lease from the Palestinians, for a period of 7 years, a few key locations, such as the Jordan Valley, some Settlements, parts of Eastern Jerusalem and the like. What happens after the lease's period is anyone’s guess. (Presumably, a "no Jews" policy with go into effect).

This is fundamentally wrong, and won’t bring peace.

The Palestinians are not interested in Peace. They claim they plan to unilaterally declare a state within a year without a peace treaty, placing their new state in an immediate state of war with Israel.

And with the Middle East more unstable than ever, another Iranian proxy state in addition to the Palestinian state in Gaza is not what the world needs.


The fact is, the land of Israel belongs to the people of Israel.

There has never, ever been a Palestinian state, much less a Palestinian people. Any solution that doesn't acknowledge this basic historical fact and right is an unforgivable, fundamental injustice to the Jewish people.

But there is a solution could be made possible that works within the historical rights of the Jewish people and recognizes the justice of our claim to our small stretch of land. 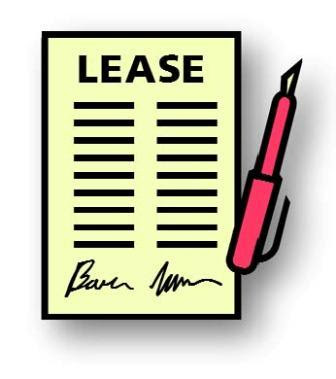 Israel, as the rightful and historical owner and holder of the land of Israel could lease sections of our land to the “Palestinians” for their newly created self-determined Palestinians autonomous entity ("state" if you must).

A Palestinian state could be created (where none has ever existed before) on the leased land.

(I was first tempted to add, “to follow their national ambitions”, but we all know where that would lead.)

As long as they behave civilized and by the rules of the lease, they could even have an automatic renewal on their lease and their state could continue to exist.

The lease would require an annual payment, for which in return we guarantee them a percentage of water, electricity and other basic services.

Free passage for Israelis would be guaranteed within the leased areas.


In fact, they could even lease parts of East Jerusalem (though obviously not the Temple Mount. There they would have free access to worship as would every other religion, including Jews, for a change).

And “Lease for Peace” could be extended even further. Uhm el-Fahm, and most major Arab villages could be leased to them too as part of their demilitarized, artificial state.

The Arabs could peacefully run their own lives and affairs.

If what the Palestinians really want is a Palestinian state at peace with its neighbors, then this is the just solution.

But if what they want is our destruction, replacement or to overrun the country with fourth generation refugees, then no brilliant idea will ever work, especially one that ignores our historical right to the Land of Israel and the justice of our claim..

(Thanks to Jameel for the initial idea for this post).

Get a Free Phone when you visit Israel!
Ask your travel agent for details, or click here to learn more.
Wherever I am, my blog turns towards Eretz Yisrael טובה הארץ מאד מאד
Posted by JoeSettler

Sometimes being too creative is dangerous. Sort of like accidentally mixing chemicals which will just explode killing all. it's one thing if Obama would keep his head in the pot, but he is far away and he wants it to explode on us.

The idea works in reverse but the way its structured, the Jews look like dhimmis and indeed deserve to be kicked out of the country. Jews would be admitting its not really their land.

Its an outrageous notion and I want no part of it - and if the Jews are foolish enough to go along with it, one day they will wake up living in a country called "Palestine."

They can't say they weren't warned and they didn't know.

In the same light, until final negotiations resolve it, there should be a Palestinian construction freeze, as its not clear what territory they will be keeping.

A lease is an even more aggressive statement than a freeze on Israeli construction.

Last time, I checked the Palestinians have been "threatening" to unilaterally declare a state for, what? 3 decades now? If they were interested in peace, they'd have done it by now or done everything in their power to make it happen.

Remember back in 2000, when Barak nearly gave the store away to Arafat in the Washington summit? One of the members of Arafat's entourage reminded one of the Israeli negotiators of the story of King Solomon and the 2 women. Remember, he said, the woman who was ready to "divide" the baby wasn't the true mother.