Who is Abu Mazen's Hero?

Nope, its not President Obama. 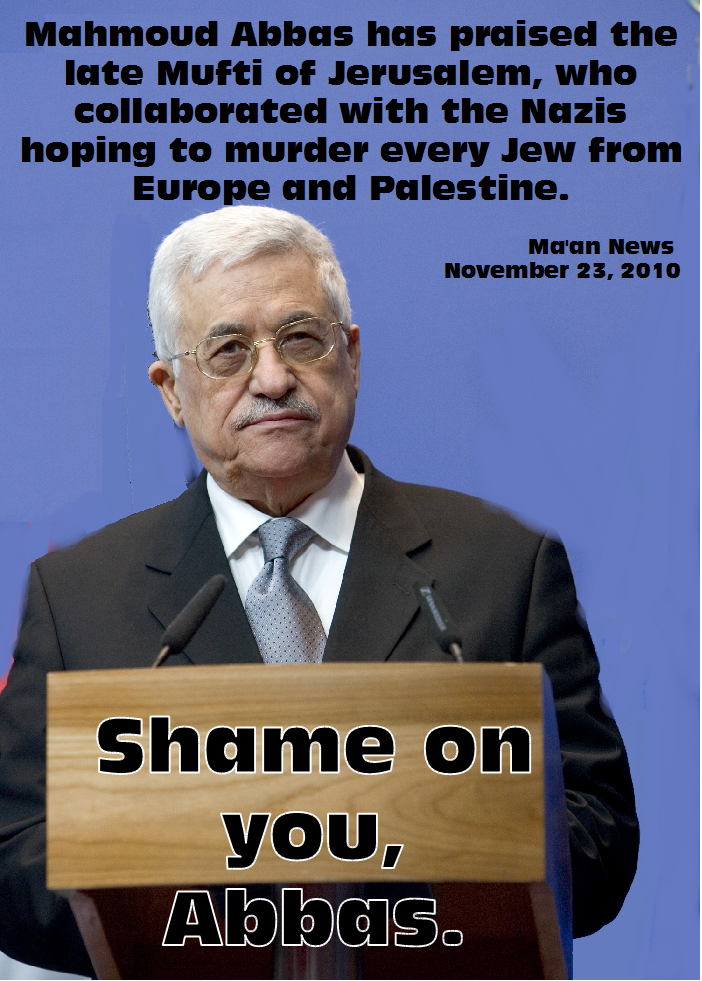 This wasn't years ago, when he wrote his doctoral thesis claiming the Holocaust never happened, but in an interview yesterday, Nov 23.

The Elder of Zion blogger bring us the interview, which the Palestinian News Servive "Maan" neglected to translate into English, (so that the US State Department can easily continue to donate hundreds of millions of US dollars to this man and his mission.)

The Mufti was a rabid Jew-hater who was the driving force behind not only the 1929 massacres in Jerusalem and Hebron but also the 1936-39 riots that resulted in the deaths of hundreds. He moved to Germany during World War II, hoping that Hitler would win and allow to him murder every Jewish man, woman and child in Palestine, and proposing plans to do exactly that.

It's really a shame that the situation is so contentious. Man magnifies his own differences, but sometimes it's necessary I suppose.

Jews negotiating with someone who admires a Nazi collaborator? Don't tell me they're that stupid.

Oh wait! Yes, they are. Its been a generation removed since the Holocaust and here Jews are talking about surrendering their homeland to those who want to finish the job Hitler started and what Mufti sought to do in Palestine.