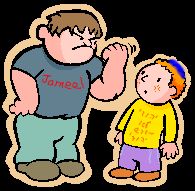 When I first commented in a post here regarding Jameel’s open-arms policy of talking to bloggers of all ideologies I warned that dialogue went both ways and he would be influenced by others as much as he might influence them. Who knew how quickly those words would turn out to be true.

Jameel has threatened to use all means and force at his disposal to shut down my embedded illegal (out)post on the Mondial - instead of deploying those resources to more pressing issues attacking the Jblog(o)sphere. I know Jameel and I know how far he is prepared to go and how much violence he is primed and waiting to use now that he has become more open-minded.

So we’ve been forced to remove the illegal (out)post that was here (initially built with permission and approval on unclaimed blogspace) and detach from his pagehits and reader pipeline we plugged into. We were lucky that we managed to bring most of our assets back to resettle in our secure and established blog before his deadline.


Wherever Jameel is, Yehudi Lo Migaresh Yehudi
Posted by JoeSettler

He's got a ripple in his chest, so it tilted the 'e' on the shirt.