Ruling: Pork, Snickers and Tic-Tac are not kosher 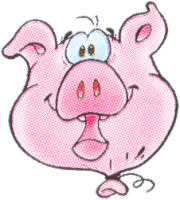 The Kashrut industry is always a mystery -- and in Israel when imported foods with a hechsher get the additional rabbanut kashrut, I often wonder what that means. These are foods I never ate in the America, yet here they -- sold in every store, makolet and kiosk as kosher.

The Israeli Chief Rabbinate ordered to remove Tic-Tac mints as well as Snickers [J@TM: Apparently only the Snickers Ice Cream is problematic..Snickers bars are OK], Mars and Bounty ice-cream from shelves in stores. The reason: The Rabbinate found that the products, branded as kosher, are in fact non-kosher.

"The products are displayed as approved by Rabbi Ralbag and the Israeli Chief Rabbinate," wrote Thursday Rabbi Yaakov Sabag, head of Kashrut Department at the Rabbinate. "But when we checked the facts with Ralbag," he added, "We learned that he didn't approve the products. It's a serious forgery." (YNETnews)

I don't understand how it's a "forgery" if it's been on the shelves here for years. Are these kosher in the US? Britain? Anyone know?

What is interesting (as always) is that the triangle-K which (at least used to be) was always considered to be on the leftwing side of Modern Orthodoxy, is considered acceptable by the Israeli Chief Rabbinate. The only triange-K hechshered food I ever used to eat was seltzer.
Wherever I am, my blog turns towards Eretz Yisrael
Posted by Jameel @ The Muqata

I can't believe it! I love Snickers, and I was sad to give it up in America when I became frum. Then I saw it was kosher here, and have been eating them ever since! Bummer...

It's the Ice-Creams that have been found to be not kosher, not the bars... Relax!

And yes, those products are treif in the UK too- last I checked...

hrm... snickers is kosher here. and i think tic tacs still are (i haven't bought them in ages). none of the ice creams (like snickers) are kosher though.


(unfortunately there's often discrepancies between various kashrut authorities and these are often political rather than benefitting the community.)

could have been a packaging problem... the symbol is just on the artwork and is used for various lines of the product without the manufacturer realising.

Tic Tac comes as a shock to me.
Well I guess a 'kosher(er)' version of all the aforementioned will appear very soon.

Having said that, while less common than it used to be, you can still see not-kosher products with Rabbanut kashrut labels on them because the importer often doesn't recognize (on purpose?) the different names, such as between a fruit "drink" and a fruit "juice" and will import both indiscriminately and label them in Hebrew exactly the same. Until the Rabbanut gets notified from an American customer that the importer is mislabeling an imported product it stays on the shelves for a while.

It's funny, because Snickers in the USA are under the OU. Tic Tacs, last I saw, had the hechsher of some rabbi in Italy, not Triangle-K. And I never heard of Bounty Bars.

The box of tic tacs that I have in my house say they are kosher by a rabbi in Brazil - with permission from Rabbanut.

Also they have been sold in Israel for as long as I can remember.. is this just the new packages or have I been living in sin for the past 10 years???

Actually I think you are mistaken.
I've seen snickers icecream bars with an OU - if there is kosher icecream anywhere I'm usually the first to know!

Snickers as Shifra and others stated has the OU in the USA the past number of years.I remember before there was hashgacha on candy and ice cream and we would check ingredients.R.Shimon Eider would check all the candy bars before they entered the candy machine .

triangle k was supposed to be getting better

I can't speak for every place in the USA, but our community does not consider the Triangle-K (Rabbi Ralbag) to be a reliable hechsher.

In the states, many M&M Mars products, including Snickers, are under OU supervision. Kosher Snickers ice cream is also available in the states. Perhaps the products sold in Israel are manufactured in Europe, and do not share the same/similar reliable hechshers as their American counterparts.

When in NY Penn Station I go to the Hagan Daz and ask if they have the mint, and if they do, I can never have enough.

Triangle K according to R'D Fienstein is in very good standing and that the issues regarding R'Ralbag are polotics strictly.He himself eats Ohenry bars and other Triangle k products

In the UK mint tictacs are kosher but not orange (they contain carmine).

That was a wonderful post! Thank you for sharing! Articles like this keep my updated with the current situations in our society or different body of knowledge that a human must know especially about medicine specifically about vitamins. I admire you guys for sharing your post.