Friday June 17: Security video from inside the cafe as the gas leak exploded.

Firemen taking out Sifrei Torah from the shul that was in the building.
(Photo: George Ginzberg) 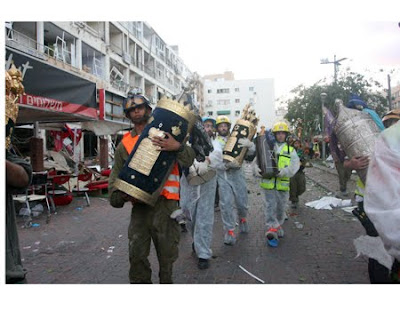 We are updating this post as details come in. There is a lot of confusion and unknowns still at this point.

4 dead, 36 wounded in explosion in apartment in Netanya in Kikar Atzmaut. 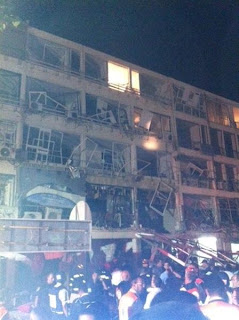 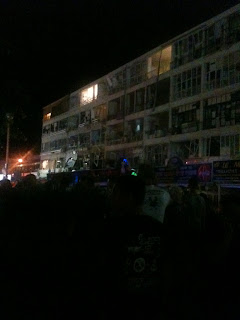 (In 2003 Cafe London was targeted by a suicide bomber.)

Police now suspect a gas leak in a 3rd floor apartment caused the explosion. Police have arrested at least one suspect they believe may have cut a gas line.

The 4 story building is in danger of collapse from the explosion.


In other news, a Grad missile was launched Thursday night from Gaza. No injuries as it landed in an open field.

There is an amazing photo on Ynet of 'anshei hatzalah' carrying sifrei torah away from the scene of the accident where a synagogue ('Shevet Achim') was located.