I don’t know if it is a Jewish Urban Legend or not, but the story goes that someone asked the Lubavitcher Rebbi if the Holocaust could happen in America, and the Rebbe answered, “Overnight”.

The Rebbe may have been wrong. It may take until November.

What’s been going on, on US campuses is scary. There’s no question about it. And there’s no doubt there is a strong underlying stream of Anti-Semitism driving it (not just anti-Zionism as some claim).

But I think what is happening in San Francisco beats the university problem hands down.

What is happening there with the anti-Brit Mila movement can be described as nothing less than an attack on, not just Judaism, but the most basic American concept of separation of Church and State, and Freedom of Worship – and that is something that has kept the Jews of America safe. 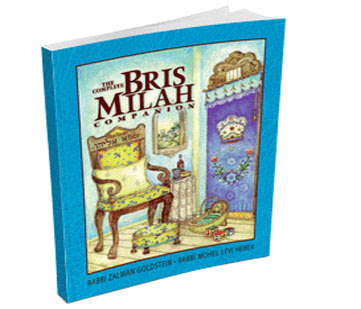 This bill is an undisguised attempt to use American law to outlaw one of the most important of Jewish laws and rituals, and eventually spread that restriction throughout America.

Furthermore, it is being done with the use of the most grotesque of anti-Semitic imagery that would do the Nazis proud.

You could try to write it off as just another example of San Francisco fruitcakes in action, but it much more than that.

This is a serious attack on Jews in California, Jews in America’s 13th largest city and Jews of America in general.

Unless it is overwhelmingly voted down and condemned by most, whether or not this bill passes, it will be a serious blow to Jews of America.

In fact, it is already a serious blow, I just don’t know if Jews in America realize how serious it is. The attack is un-American, and if this attitude spreads, that is what will make it dangerous for the Jews of America - until now the attacks were on "Israeli" symbols, now they don't even bother to hide that it really is against Jews.

Another attempt to turn America into Europe. Shechita is next.

Anti shechitah groups have been active here in the US for at least 4 decades, mostly animal rights activists. They have gotten exactly nowhere despite all their efforts, unlike in Europe.

And re the brit milah issue, take a deep breath. This is also not the first time that someone is attempting to ban brisim, again going back decades. That San Francisco is the city attempting to do this makes perfect sense given the number of fruitcakes per square inch that it harbors. There are already groups that are preparing the cases to take to the courts should the city be so unwise as to pass this. It's a clear church/state issue and a number of judges have already stated that any such law passed would not withstand the legal process.

Unlike Europe, America actively recognizes religious rights over political ideologies and any anti-bris milah or anti-shechita bill, even if passed, would inevitably be found to be unconstitutional and against the concepts of freedom of religion even if it did pass.

I expect San Fran...to immediately begin a ban on abortions...with equal fervor of the supporters of this ban.

"the number of fruitcakes per square inch that it harbors"

No, that's Texas. Fruitcakes are not San Franciscan.
We've just got the fruits and nuts.