Gaza City: You Rule! (A MEME Tag from Krum) 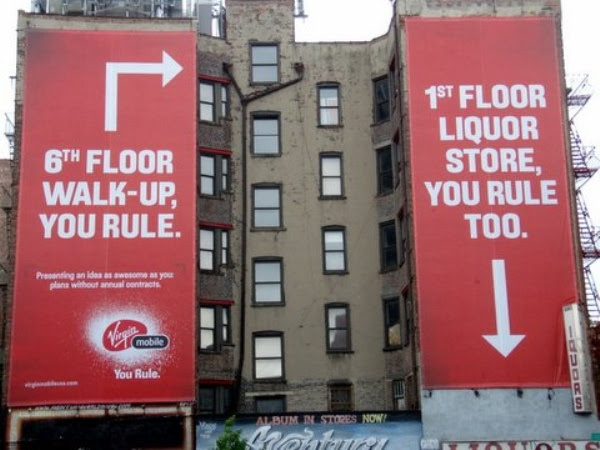 In one of the stranger ad campaigns I've heard of, Virgin Mobile goes after NYC neighborhoods by...insulting them. Actually, this reminds me of the famous Yiddish phrase: "May your enemies get a hernia from dancing on your grave..."

Krum tagged me with this "You Rule (You stink!) MEME", so I had to come up with a local version of it. Krum explains it as follows:

"Rudeness sells. At least that seems to be the marketing theory behind the latest “You Rule!” ad campaign for Virgin cellular service throughout New York City. Each ad pitches to a particular New York neighborhood, by hailing what makes that neighborhood “rule.” Except to most, the word “rule” might be replaced with “a laughingstock” or “the butt of jokes.” Take the ad for Staten Island ad, which trots out every negative stereotype imaginable about that borough..."

I present this one, in honor of the local talent here in our neck of the world...

When it comes to savagery, there's absolutely no one who can come even close to you guys. Throwing political enemies off of building tops? Shooting fellow Palestinians to death in front of live televised audiences? Entering hospitals and shooting doctors and staff just because the hospital was built by the rival terror gang?
When it comes to terrorism, we know you're the first and last address. Even the Sopranos have nightmares about you guys, let alone Jack Bauer who wets his bed just thinking about your unbridled firepower.

We know, you're just misunderstood. Behind that black face-masked exterior and weeks of stubble is actually a heart of gold, stolen from the coffers of naive citizens of the world, who thought appeasement would be the best way to your soul.

Of course, our cellular service is for you. Negotiable rates? Heck, when you point that AK47 in my face, everything's negotiable! Want a free phone for your brother? Oh, he was blown up yesterday...well, we have a "follow me" program, so the phone number automatically gets transferred to the heirs apparent.

Gaza City: Don't just take our word for it: if Yehichye Ayaash was pleased with our service, shouldn't you as well?

You people rule in Gaza -- and you deserve it.

I hate this ad campaign. It is patronizing and reinforces stereotypes about certain areas.

Why does my "ruling" have anything to do with my cell phone plan?

A little bit of New York advertising for Gaza. Let's extend the stereotype ad campaign to Yerushalayim, too.

I think that this cities are very rare because the buildings are ugly, i would not like to live in this zone because there are a lot of poor and a lot of wars and problems.