The long reach of the IDF in Lebanon

"The officer claimed the long range spying systems were placed in Sanin mountain and the Barouk mountains, which overlook the capital of Beirut.

The officer, who spoke on condition of anonymity in line with regulations, said Wednesday that army experts dismantled one of the systems and are working on the second.

He said the army received information about the systems from the militant Hezbollah group – whose members are expected to be indicted on the assassination of former Prime Minister Rafik Hariri.

According to the report, the equipment included a system that can record and send signals as well as take footage, and can be operated from afar. The Lebanese official said the spying system was planted in an isolated area with dry rocks, which made it harder to uncover."

This rather bland report is tame compared to the reports in the Hebrew press about what this equipment actually is.

The Hebrew press claims that the equipment is not only for optical surveillance, but it also includes highly sophisticated remote controlled laser "painters" which illuminate targets for IDF laser guided missiles dropped from IAF warplanes.

The equipment was discovered atop rocky mountains that have no vehicular access to them, so the equipment must have been installed by elite airborne IDF units.

Here are some amazing photos of the equipment and its location. (source) 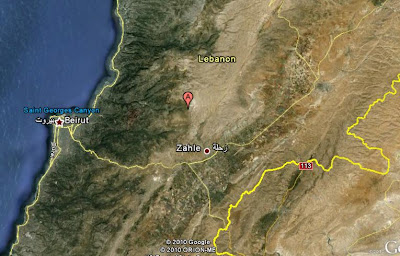 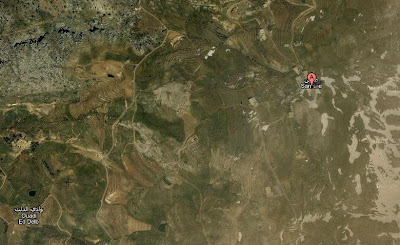 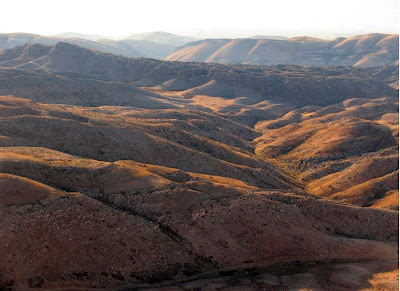 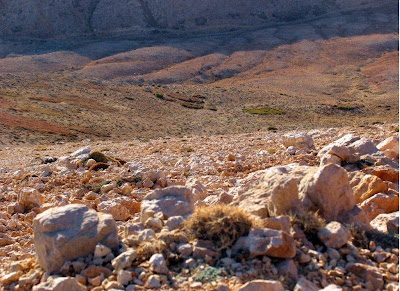 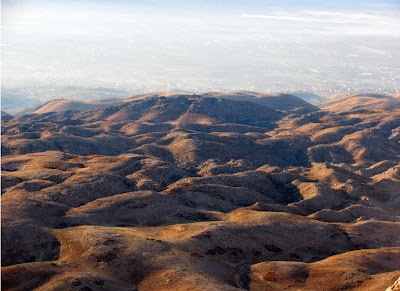 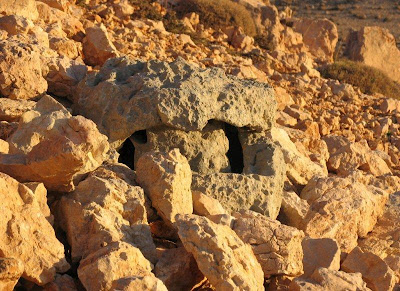 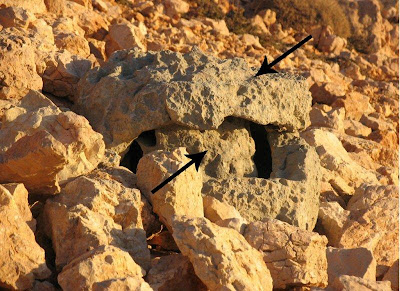 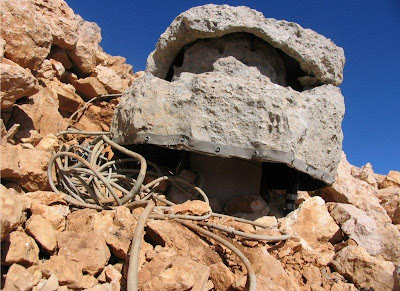 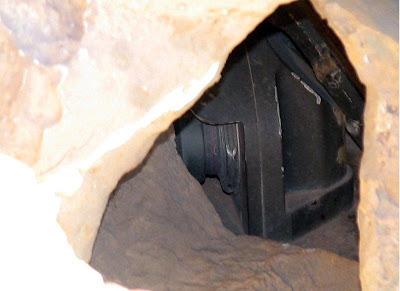 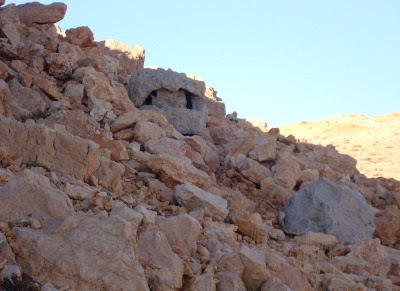 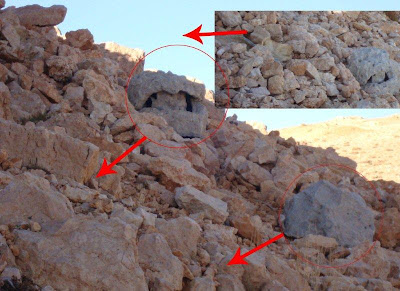 Hot on the heels of this story, Lebanon claims Israel destroyed this equipment last night via airstrikes.

The loud blast that sounded in Lebanon Wednesday night was the result of an Israeli operation aimed at destroying espionage equipment planted off the coast of Sidon, a Lebanese radio station reported Thursday.

On Wednesday the Lebanese army announced it had uncovered Israeli cameras and other spy equipment in the mountainous region, which it claimed the state had been using in order to survey vast areas.

The army statement said long range spying systems were placed in Sanin Mountain and the Barouk mountains, which overlook the capital of Beirut. It added that Hezbollah had provided the information leading to the find.

Later, Lebanese media outlets reported a major explosion off the coast of Sidon. They said the blast was accompanied by over-flights conducted by the Israeli air force in the area and the launching of illuminating bombs. (ynetnews)

The IDF has firmly denied "any reports of IDF activity near Sidon Wednesday night." (JPost)

It must really freak out the Hizbollah that the IDF can remotely target them from deep within Lebanon. For every IDF intelligence installation found like this one, I'm sure there are dozens more.

While you're right that it doesn't seem we have to worry about IDF intelligence capabilities within Lebanon, what I think is very worrying is the fact that Hezbollah was alerted to this. Is it possible they have someone inside IDF intelligence?

Why do we think that these are recent pictures of what may or may not have been found.
Wheres the snow?
or at least the wet?

Anonymous; These photos were probably supplied to the Lebanese Army from Hizbollah, and they took the photos earlier.

(Yes, currently, the mountaintops should be covered in snow).

Hizbollah is doing everything possible to deflect the accusations that they were behind the assassination of Hariri.

I'm a bit confused. did hizbollah actually find them or did they find out ABOUT them and pass the info on to the Lebanese army?

As for how Hizbollah found out, is it possible that some hiker(s) came across it? (I know nothing about the geography there, so I don't know if that's plausible)

I was going to ask what, if any, the implication of this technology falling into enemy hands might be, but it sounds like that's no longer a problem. I would think something like thise would have some kind of self-destruct mechanism built in.

One other vague possibility:

Back in the 80s, when we were in Levanon in a significant way, US Army Special Forces had a small presence up in the Shouf Mountains. I know this directly. It was not in cooperation with IDF forces in the area. They were observing. Maybe, just maybe it is possible that someone other than IDF forces installed those devices?

A last possibility is that the Arabs have invented the whole thing in order to keep their populace fired up about the need for vigilance in the struggle against Israel?

The Lebanese showed pictures of the device which included Hebrew writing. If you want to cover up your involvement, would you be stupid enough to advertise it like that? That is actually good evidence that Israel was NOT responsible (either another country was, or the whole thing was invented).

Of course, it could also be that Israel WANTS to advertise its capability to do this, but that seems less likely.

I think it's great, and I am proud of the IDF. I hope it scares Lebanon and the rest of the Arab world out of proportion. Thank you for posting this story! Out here in "chul" I read nothing about this. The pics are great. I hope this means the IDF has a bunch of other technological tricks up their sleeves that we don't know about. (How can they not?) Is there any chance that the explosions in the mountains were self-detonators? Could they have "self-destructed" a la Mission Impossible?

I'm certain that IDF would do a better job of painting the artificial rocks to match the surroundings.