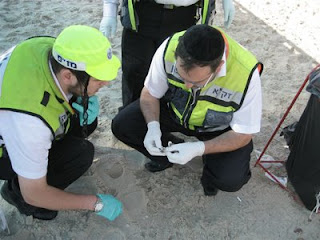 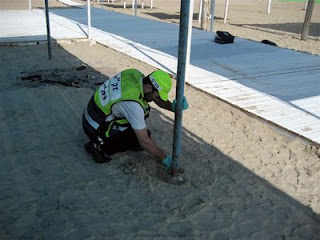 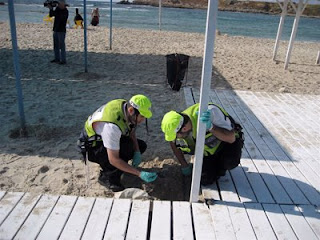 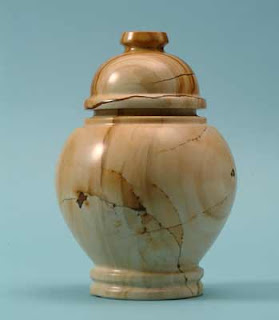 A 14 year year old girl from the Haifa area committed suicide a few weeks back, and her mother cremated her daughter's remains. Cremation is extremely rare in Israel.

The father, who was divorced from the mother (he was against the idea of cremation in the first place) demanded that his daughter's ashes be buried -- and he took the mother to court.

I wonder if King Solomon would have ruled that the ashes be split evenly between the parents?

A bitter divorce and the death of a child. Both tragic.

She probably still has the ashes. She just doesnt want to give them up. Either that or she flushed them down the toilet.

I think I saw she cast them to the waves. Maybe she should be burnt at the stake?

What a sick and cruel woman.

the newspapers today (I saw it in 2 separate papers) reported that zaka successfully located the ashes and has sent them off for testing for confirmation. They are planning a burial ceremony. They were located buried on the beach, near a marker of some sort. They based their search on the word of people who they located that had been at the ceremony (I do not know if the ceremony was of the burial of ashes or of the burning)

Is there any halakhic reason to bury ashes of someone whose body was burned?

There are no bones or tissue left - just some carbon.

I don't know how Zaka is planning to do testing - do they want to date the carbon to see how old it is?

Do ashes from cremation contain DNA?
In: Biology
DNA is destroyed by high temperature.

No, the ash from a properly conducted cremation will not contain any DNA. It can't. The heat of cremation is far too high to permit any living material that is exposed to it to survive. When remains are fully cremated, only the ash is left. This may not be entirely true of a body burned on a pyre, unless sufficient fuel is added to permit the long bones and joints to be completely burned, though not necessarily to ash.

The problem with incomplete cremation can be looked at like a problem in sterilization, a process wherein germs and such are killed on things like band-aids, surgical instruments, etc. Heating the materials to boiling plus a bit more and holding them there for a short period allows the heat to dissociate proteins, and that's what kills "bugs" during sterilization.

Somehow, this seems to be a ZAKA photo op, not a real instance in which they help the dead (which they do a lot).