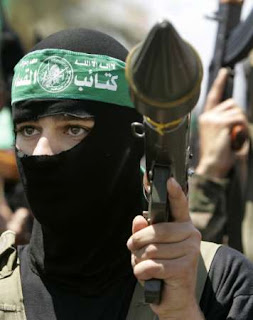 Ahmed's bunker has surprises galore: Grenades, rifles are hung on the wall.

Ahmed is planning another bomb! What a bunker Ahmed has, who causes daily harm. Ahmed knows how to make a bomb.

Ahmed is Ahmed, that's who he is, so don't forget to be careful of him.

We get blasted while they have a blast!

Ahmed and his friends could be wealthy and sunny, if only they wouldn't buy rockets with all their money.

The above poem was penned by a 10 year old boy from the Israeli town of Ness Tziona, yet banned at the order of Israel's Education Ministry.

The poem was written as part of a poetry competition and was included in a booklet printed by the Ness Tziyona municipality.

However, the YNET publication and Israeli Arabs found the poem racist and offensive; they claim it would lead to incitement and ill-will towards Arabs.

YNET and Arabs decided that the blame for such an offensive poem lies not at the feet of those who are in fact, creating bunkers of weapons and shooting rockets at Israelis. Instead of honestly facing the painful daily reality of Israel -- YNET condemns the poem for its accurate portrayal of reality by an innocent 10 year old Israeli. In fact, one should commend the 10 year old for his non-racist observations:

"Ahmed and his friends could be wealthy and sunny, if only they wouldn't buy rockets with all their money"

The child clearly doesn't hate Arabs and he plainly admits that they could live a much better life (and could we) if they wouldn't lob rockets at us daily. They would have plenty of fuel in the Gaza strip if they didn't try to constantly bomb the crossing terminals. They would have continuous electricity if they weren't actively trying to kidnap IDF soldiers, infiltrate into Israeli communities, smuggle thousands of weapons into Gaza from Egypt and Iran...and of course, releasing kidnapped IDF soldier Gilad Shalit wouldn't hurt.

YNET even brought this issue to the attention of Israel's Education Ministry...so who does YNET and the Israeli Arab community blame?

Ibrahim Abu-Shindi, who manages the Arab community center in Jaffa, said the blame lies squarely on the shoulders of the State and its leaders. "I'm not surprised by this story because all that Jewish children know from television is the Hamas man as a terrorist and a murderer."

According to Abu-Shindi, "the Education Ministry does not invest in bringing people together at all. There used to be a department for democracy and co-existence that did much to bring Arabs and Jews together, but it was canceled. They send Jews to meet their Jewish friends from America through the 'Taglit' project, but they never get to know the Arabs that live only a few meters away."

The poem, in his opinion, creates a problematic state of events. "Placing this poem in a booklet is very serious, and encourages other children who think like this boy. If you want to bring people together you need stories about encounters and hope, otherwise you encourage hatred."

Ah yes. It's the poem that encourages children to think that Ahmed and friends are trying to kill us. You wouldn't get that idea from watching TV, listening to the radio, or G-d forbid, speaking to residents of Sederot, Ashkelon, or the surrounding Israeli communities.

In fact, kudos to this child for even being aware of the problem.

The booklet's editor and poetry competition director Marika Berkowitz was surprised at the protests. "This is the boy's creation and this is what he wanted to express. Of course there should be a limit, but I think the there is no racism here. 'Ahmed' is a general term for the enemy. These are the murmurings of an innocent child.

"There has been no intention of harming the Arab sector, but rather a specific terrorist – Ahmed. We didn't want to offend a specific population and I don't see anything out of order in this poem. We have had Arab students compete in the competition in previous years."

Of course, the best line of all comes from the Education Ministry, "the local authority that published the booklet should have guided the students in a more correct manner through the schools. The district will investigate the issue with the local authorities."

Why let reality get in the way of Yuli Tamir's Re-Education Ministry's agenda? 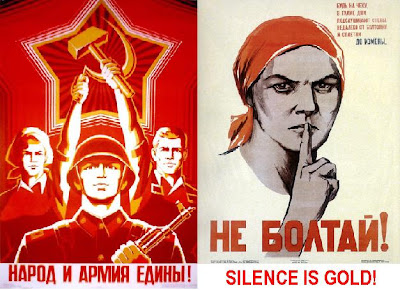 the Education Ministry does not invest in bringing people together at all. There used to be a department for democracy and co-existence

Well, in my experience having a government department *for* something is a good way to get rid of it...

But anyway, when I briefly visited Jerusalem it looked like Jews and Arabs got along ok. They might not be best buddies but they do business with each other, as far as I could tell, and that counts for a lot.

Hey, I've got an idea! Let's ban the poem about Ahmed, sure, but first we have to ban every last bit of anti-Semitism in the Palestinian elementary-school curriculum. After all, what did the Pali spokesdude say - the kids' attitudes come straight from the government, right? Uh, right?

while i agree with otg, the govt does have a point. the kid painted all arabs with the broad brushstrokes of terrorism. not all arabs [as represented by the arabic name 'ahmed'] are terrorists. sorry. and such beliefs are counterproductive.

The "kid painted all arabs as terrorists" ?

Tell me, maybe we should make the 10 year old stand in the corner for writing such an awful poem -- and tell him to ignore the rockets that are landing all over Israel's south -- wounding and killing people (even 10 year old children).

Yes, the government should make an example of this child and send him to Gaza for re-education. You can drive the car there to escort him.

you have not addressed my points.

Can I enter a poem into the competition?

There once was an Education Minister from Peace Now

Who read a youth's poem, and said, "Wow!

We clearly have to 're-educate' this boy NOW!"

Anonymous @ 3:41: while i agree with otg, the govt does have a point. the kid painted all arabs with the broad brushstrokes of terrorism. not all arabs [as represented by the arabic name 'ahmed'] are terrorists. sorry. and such beliefs are counterproductive.

Anonymous @ 6:28: you have not addressed my points.

OK, so I'll address them:

(1) Even if a belief is deemed "counterproductive" by such enlightened folk as yourself, that does not mean that it should be banned by the government. Nor does it mean that the expression of such an idea by a 10-year-old boy should be "investigated" by the government. Unless, of course, one believes (as you apparently do) that we ought to be living in a totalitarian society in which "correct" thinking is enforced, and "incorrect" thinking is punished.

The poem was about terrorists, represented by an archetypal one named "Ahmed".

Or perhaps you feel that the terrorist should have been named "Randall" or "Poindexter"...

Lurker, just regrading your second point. Ahmed is often used in Israel as a derogatory nickname for Arabs, ("Find a cheap Ahmed to fix it", "That's what the Ahmed's are like") similar to how Jews have been known as "Hymies". So when he writes "Ahmed is Ahmed, that's who he is, so don't forget to be careful of him." the idea that "All Arabs are terrorists" is certainly implied in the poem.

However, in spite of this the actions of many in this story do seem to lack perspective.

If the same book included a poem written by an Israeli Arab, of the same age, expressing similarly positive sentiments towards "Yossi"...would you consider it to be appropriate if the Education Ministry said "this poem does not belong here"?

There is a very big difference between being smart, aware and vigilant...and being rather stupid and racist. The first results in good decision making and sensible actions, such as catching terrorists. The latter generally results in national and international scandal, alienation of various populaces and a deepening of the hatred here. Consider the various tapes of soldiers humiliating Palestinians at checkpoints, abuse of Palestinians by Israelis of various stripes and the like. Or even the blithe characterization of several million people as "Ahmed".

And as for Palestinians who do the same...I was not aware that we had taken Hamas to be our role models. I really fail to see what is to be gained by following their example.

Misspoke--I meant to say that I would agree with the Education Ministry if they were to kick out an anti-Jewish poem, and therefore I cannot grant myself the right to include anti-Arab poems.

(I changed the wording in paragraph one and then did not properly edit paragraph two). Sorry for any confusion.

Okay--am going to sleep now. Clearly, I need it.

Misspoke--I meant to say that I would agree with the Education Ministry if they were to kick out an anti-Jewish poem, and therefore I cannot grant myself the right to include anti-Arab poems.

Israel is full of government sponsored anti-Jewish, anti-religious, anti-settler, and anti-Zionist poems, theatrical productions, artistic works, statues, and literature -- many of which the Education Ministry (and specifically Yuli Tamir) is proud of -- most notably, her recent approval of the inclusion of "Naqba" studies.

The obtuse Political Correctness and hyper-sensitivity of the Education Ministry towards anything remotely "anti-Arab" is simply offensive.