When Israel's Police Save the Day 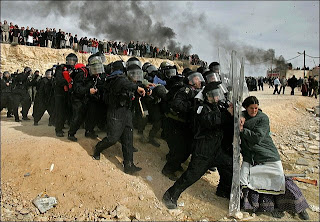 Growing up in (what was then) SmallTown, USA, a policeman was the person you turned to for help.

"To Protect and Serve"

The police served the public, provided public safety and were unequivocally, the good guys. If you were lost, needed directions, or needed help -- the policeman was your answer.

Those days ebbed as I got older. Perhaps because times changed or their job got tougher or I simply cultivated adolescent cynicism.

And if it was not nearly as rosy in the USA, moving to Israel was a real eye opener. The police were unsympathetic, self-centered, and aggressive -- and it was often hard to figure out who was worse, the crooks or the cops. Yes, I know not all police officers in Israel are head-bashers, they aren't all apathetic. I even know some personally who I get along with (most of the time). 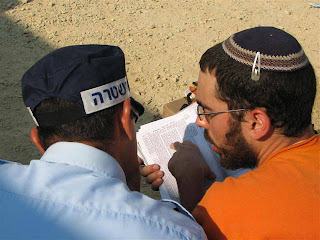 Today's story is when Israel's police do something beyond the call of duty and do the right thing.

Several days ago the Nazerath Ilit police station received an arrest warrant against a 75-year-old elderly resident with no relatives to speak of. “He survives on a mere NIS 800 ($ 244) a month,” said Nazerath Illit police chief, Superintendent Lutfi Falah. “It turned out that he was NIS 4,200 ($1285) in debt to various parties, and a warrant was issued by the court's debt collection department."

After informing the man of the warrant for his detainment, police took him into custody and escorted him to the Nazareth District Court where his case was reviewed by the court registrar.

"The registrar sympathized with the man’s difficult financial situation and set his bail at NIS 200 ($61)," said Superintendent Falah, "but he only had NIS 15 ($4.5) on him. It was clear he would have to remain in custody just because he was unable to make bail."

The man was taken back to the police station, where word of his plight quickly spread throughout the department and it was promptly decided to open a collection towards his release. Opening their hearts, and pockets, the policemen soon raised the necessary sum and paid the court voucher, sending the elderly detainee back home.

"Police officers have hearts too," said Superintendent Falah, "we just couldn't keep that man under our custody given his circumstance."

An the other hand, sometimes the police just revert back to their old behavior.