5:29 PM In the twilight of the current Kadima-led government, Tzippi Livni and Ehud Barak , were absent today at the cabinet meeting to allocate 650 Million NIS (160 Millions US dollars) for a new building for the Prime Minister's residence. (Updated News) 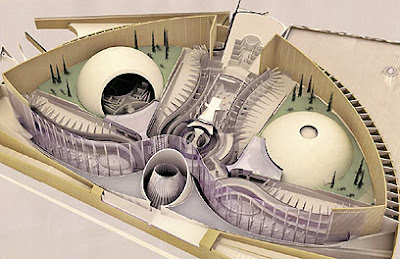 Only 3 people from the government voted against: Yuli Tamir (Labor), Ronni Bar On (Kadima) and Yaakov Edri (Kadima). Tamir, the Minister of Education stated: For 650 Millions NIS, I could have refurbished every single school in Israel...this investment is unworthy, especially during these [turbulent] financial times."

The "only we help the lower class" Shas party, also voted in favor of this expenditure. 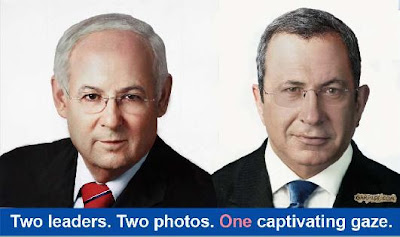 "If you too have always been a "floating voter" because you grew up in a family in which your father believes in transfer for Israeli Arabs, and your mother beats our "occupying" soldiers at West Bank roadblocks...or even if this isn't the case, but you still never managed to figure our how prior to election day each leader offers a unique way of their own...till right after they are elected and they make all sorts of crazy deals with eachother so they all end up with the the same political ideaology...

If you too got the from "Israeli Electoral Compass Software" an output suggesting you vote ultra-right "Yisrael Beiteinu" and the anti Zionist party "Raam Taal" at the same time, this this is the website for you..."

4:43 PM At the request of a commenter, here is an initial list of proposed laws that would help women, that Tzippi Livni voted against over the past 5 years:
4:32 PM See the online debate in English between representatives of Likud and Yisrael Beiteinu (Leiberman) over here at LifeinIsrael.

4:25 PM Lebanese sources report that "Israel raises its state of alert along the border with Lebanon"

10:49 AM We received the following letter:
Dear Israeli Voter,

Here's something to take note of. A recent Haaretz article quotes a UNRWA director referring to "the occupation of the West Bank and the Gaza Strip." Notice that the Gaza Strip is described as "occupied".

In fact, all UN bodies continue to refer to the Gaza Strip as occupied.

Hopefully you will recall that the MKs of Kadima, Labour, and Meretz promised us that Disengagement would convince the world that Israel is no longer responsible for over a million Gazan Arabs, and that the occupation of Gaza is over. Yet here we are over three years later, and this promise has proven as empty as all the other promises made at the time (e.g. improved security, no soldiers dying in Gaza, better relations with the PA, a weakened Hamas, etc.). For the most part, these are the very same MK's who marketed the 1993 Olso Accords using similar arguments for empowering the Fatah terrorist organization.

The time has come for the Israeli electorate to punish the consistently poor political vision of the Kadima, Labour, and Meretz MKs.

But for many of you, to do so may mean swallowing a bitter pill, for the only MK's who have consistently been correct in their assessment of the value of empowering Fatah have been those in the rightwing parties. Fortunately, as there is currently an array of rightwing parties to suit the religious/anti-religious leanings of every voter, there is no reason to stay home on election day. I know it will be painful for some, but aren't we supposed to be prepared to make painful concessions for peace?

I believe every Israeli should exercise their right to vote. But I beg you, dear fellow Israeli voter, if you do vote, please don't hire the same architects whose political edifices keep collapsing.

4:25pm update,
i went to the site but didn't find the story you were refering to. What i did find was the info i had been looking for about lebanon's Air Defense:

Assad, in his previous visit to Moscow in December, 2006, made unsuccessful
attempts to purchase the S-300. Israeli diplomats have been working to try to
prevent a successful Syrian acquisition this time around. The outcome is not yet clear.
The S-300 is thought to be the leading item on Assad's list of planned purchases
in Moscow. A series of public statements by Russian officials over the past days
stressing (and exaggerating) Israel's defense relationship with Georgia could be
interpreted as a negative sign, but nothing is yet certain.

If this is the same system that iran just purchased, it is the S300 - PMU1 system and unless you have a very stealthy aircraft, it is impossible to break through. The more of them they get, the better the system is. not just because they have more missles, its because the radar system of each missle site communictes together forming a very broad shield.

at the moment, the USA is the only country i know of that has an air force capable to defeat this system. and in 2010 Israel will get the f35 wich may be able to defeat the system too.

For the record: Livni and Barak were not present at the vote (Ynet)

These 2 are bad enough - you don't have to come up with inaccurate statements about them.

please do not attack what is posted on this site, without expressing why you disagree with it. for this is a place to post your thoughts so people can learn or disagree or at least come to an understanding of whatever the current situation is. a simple attack does not provide a balance of thought process which contibutes to this blog.

i would like to hear why you feel the way you do though.

Did you see a picture of the prime minister complex? It looks like ovaries and female genitalia!

Avinoam -- when I posted, the news did not report that they weren't there. I will correct any factual information, as I always do.