A major UN relief agency has stopped importing aid into the Gaza Strip, after its supplies were allegedly stolen for a second time this week.

The UN Relief and Works Agency (UNRWA) said that 10 lorries loaded with humanitarian supplies were seized by Hamas members at Gaza's Kerem Shalom crossing on Friday.

"UNRWA has suspended all imports of aid into the Gaza Strip following the confiscation of hundreds of tonnes of food aid," a statement from the Unrwa said.

"UNRWA's suspension of imports will remain in effect until the aid is returned and the agency is given credible assurances from the Hamas government in Gaza that there will be no repeat of these thefts."

Hamas has said the seizure was a mistake and that they are working to return the lorries. (source)

The Palestinian Health Ministry, run by the Palestinian Authority in the West Bank, accused Hamas' security apparatus Saturday of commandeering a number of hospital wards in the Gaza Strip for the purpose of converting them into interrogation and imprisonment compounds.

A communiqué put out by the ministry said that "following the unilateral cessation of Israeli aggression against our people, the Ministry of Health, along with all the Palestinian people, was shocked to discover that Hamas militias have returned to their old ways and have expelled all the medical staff responding to the calls of the homeland (to continue their work.) Unfortunately, these same militias used the medical centers, especially in a number of hospitals, converting them into centers for interrogation, torture, and imprisonment.

According to Palestinian news agency Ma'an, the Palestinian Health Ministry claimed that Hamas members expelled them and full medical teams from hospital wards despite the serious security situation. (read more here on ynet)

Due to continued tensions and violence in and around the vicinity of the Gaza Strip, all U.S. Embassy personnel are required to provide 24 hours advance notice of any official travel to include the city of Sderot, Israeli Defense Force crossings and any other Gaza Strip border areas inside the Green Line. This announcement restores the Gaza-related restrictions that were in place prior to the December 2008 conflict and removes the restriction on travel within 30 km of Gaza. American citizens should still be aware that militants and terrorist groups continue to launch longer-range missiles that land well beyond the 30 KM radius.

The U.S. Embassy in Tel Aviv continues to advise official personnel to avoid protests and demonstrations, and to be vigilant in public places. American citizens can access the English version of the Home Front Command Web site www.oref.org.il for the latest guidance on appropriate security measures.

11:22 PM SMS threats against Israel, OUT. Email threats IN

Within the past 24 hours, tens of thousands of Israelis have received spam email from Palestinians with the same sort of silly threats. (rotter)

* The end of Israel
* Israel to steal Palestine in 1948, so the Palestine for the Muslims
* The state of Israel will come out or die because they do not want peace
* all the Muslims for solidarity with our Muslim brothers in Palestine
* Israel‘s army killed the children and returned defeated, and the role of Muslims came to drink the blood of the Jews
* Infiltration of more than 1330 fighters to the State of Israel, and said they would kidnap and kill some of the leaders of Israel if it does not lift the blockade and open border crossings and stop firing as soon as
* Jews kill children and women, why not fight them?
* Because the Muslims love death, many Muslims will go to Palestine to fight Israel will die, die of Israel, because they want to live in Muslim countries
* It has become clear the weakness of the State of Israel, it is a house spider
* Rocket will fall on your head at any time
* Finally, do you work with us spy on Israel and guarantee you a high return for financial

11:14 PM Will Gilad Shalit be voting in Israel on this Tuesday's election day?

CNN Turkey reports that serious negotiations are under way for kidnapped IDF soldier Gilad Shalit to be released by this coming Tuesday.

The JPost reports: Olmert, Livni and Defense Minister Ehud Barak met Saturday night to discuss the ongoing Egyptian efforts to clinch a long term ceasefire in Gaza, and efforts to finalize a prisoner swap involving the return of Schalit. The ministers were briefed by Maj.-Gen. (res.) Amos Gilad, who heads the Defense Ministry's Diplomatic-Security Bureau, on his talks with Egyptian mediators in Cairo on Friday. 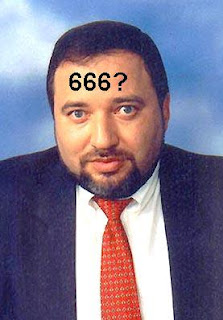 "These are people who do not have Torah, people who want civil marriages, shops that sell pig, and military recruitment of yeshiva students. My heart is heavy. Heaven forbid people support them. This is completely forbidden. Whoever does so, his sin is unbearable. Whoever does so supports Satan and the evil inclination," said the rabbi. (ynetnews/Ronen Medzini)

10:56 PM Actually, I don't know of any rockets that hit Israel today (for a change, probably the first time since the ceasefire started, but IAF warplanes hit Hamas smuggler tunnels in the Rafiach area.

10:45 PM I spent the past hour compiling the latest Israeli poll results (in the post below)