US Citizens in Israel; Have you filed the FBAR? 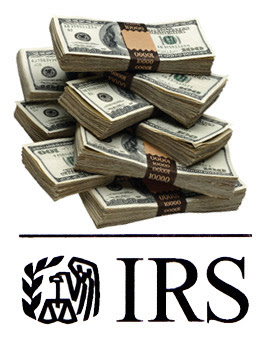 Tomorrow, June 30th is the deadline for filing the 2008 "FBAR" (Report of Foreign Bank and Financial Accounts) to the US Treasury.

Honestly, I'd never heard of this before -- I have been filing IRS taxes for years, though as an Israeli citizen paying taxes here, the US/Israel dual taxation treaty meant I rarely had to actually pay the IRS anything.

Yet while the FBAR is nothing new...it was rarely filed by people and the IRS never went after you for not filing it.

1. Congress recently linked the requirement to file the FBAR to the U.S. Patriot Act, making the failure to file a criminal offense in addition to a civil offense. This is a serious change.

2. President Barack Obama is making good on one of his campaign pledges by promoting the more strict enforcement of tax laws. Starting with the 2008 FBAR, the IRS is enforcing policy of going after those who don't file.

Section 5321(a)(5) of the American Jobs Creation Act of 2004 imposes penalties of up to $10,000 for nonwillful failure to file the report or disclose foreign accounts. Whereas this sanction has not new for 2008, the IRS has announced that it intends to enforce penalties for FBAR noncompliance.

"Nonwillful failure" means that simply not knowing about this form is still reason enough to get in big trouble.

So remember, if you're an American citizen living in Israel, and have over $10K in an Israeli bank account, savings account, even a keren hishtalmut, you need to file this report by tomorrow...to avoid the "Patriot Act" knocking on your door (or it could be the next time you happen to visit the USA and the friendly Passport stamper doesn't smile at you....)

Unless you want to spend some quality time in Guantanamo and a hefty fine of 10 thousand dollars, I seriously suggest you discuss this with your CPA and file the report in the next 24 hours, if you haven't already.

Your CPA should be able to give you some basic direction...but plan to spend some time on this (I spent well over 8 hours.)

Jpost: Your Taxes: US and Israeli tax amnesties
Ha'aretz: As U.S. turns up heat on tax laws, Americans in Israel start to sweat

"FBAR"? Sounds too much like FUBAR, a fine old military expression my Dad ob"m taught me. I was already familiar with SNAFU -- Situation Normal: All F***ed Up. When it's even worse than that, it's FUBAR -- F***ed Up Beyond All Recognition.

No - it was FuBAR, but they took YOU out of the equation...

Difficult as it is to fill out this form (it estimates 20 minutes of taxpayer time - hah!) it is made technically much easier by an interactive PDF form from about.com which can be downloaded at http://tinyurl.com/kw9zq5
. It takes you from empty field (i.e., something you have to fill in) to th next empty field; when you're finished, print it out and walla! A typed, readable form.
It also includes the instructions to the form -- for what they're worth :(.
Good luck to all us expats. I just love paying money and wasting time all for the ZERO services I get from the US (unless pressuring Israel is somehow considered a "service"...)

it seems you can put it off.

After running into Jameel at the post office, I ran off in a tizzy to do mine. I dunno - took me about five minutes! Think I did it right?

FYI -- I just saw this at the very last minute and called my well-known US/Israeli accounting firm.

The accountant on the other end of the line said "we are taking the position" that this form only applies to bank and investing accounts, NOT keren hishtalmut or kupat gemel. That means that if you don't have a large bank account or stocks portfolio account you do NOT have to file.

For those of you who have never heard the expression "we are taking the position" from your accountant, it means that the law in question and/or its application in this case is not 100% clear, or that there are conflicting laws which say something else. So they are interpreting it in they way they think is appropriate or in a (defensible) way that would benefit their clients.

Check with your own accountant or get one to find out what they feel is appropriate for your case.

I spent an hour or two doing it this morning (if I hadn't submitted a hatzharat hon a month or two ago, this would have been a non-starter), but a few "positions" being taken make me wonder if i am now in a worse position than I would be had I not filed at all. Especially assuming I do not have to file karnei hishtalmut and pensia, I really have nowhere near $10K in savings...

This is designed to get hedge funds. I doubt they care about the hoi poloi Israeli.

MoC: Yes, its primarily to weed out money laundering, but all serious CPAs in Israel think this needs to be complied with.

This filing requirement seems to be the beginning of a U.S. attempt to export the job of enforcing its tax laws to other countries. :-) Just look at the definition of a "U.S. person" who is required to file Form TD F 90-22.1 for calendar year 2009 forward -- it includes nonresidents in some situations. Hello, George Orwell.

I'm handling a lot of these types of cases at the moment, cleaning things up. The IRS may say they're fishing for whales, but they're catching a lot of sardines. Ordinary people, ordinary amounts of money, monstrous penalties.

I have properly reported all my taxable income but I only recently
learned that I should have been filing FBARs in prior years to report my personal foreign bank account or to report the fact that I have signature authority over bank accounts owned by my employer. May I come forward under the voluntary disclosure practice to correct this?

A. The purpose for the voluntary disclosure practice is to provide a way for taxpayers who did not report taxable income in the past to voluntarily come forward and resolve their tax matters. Thus, If you reported and paid tax on all
taxable income but did not file FBARs, do not use the voluntary disclosure process. For taxpayers who reported and paid tax on all their taxable income for prior
years but did not file FBARs, you should file the delinquent FBAR reports according to the instructions and attach a statement explaining why the reports are filed late. Send copies of the delinquent FBARs, together with copies of tax
returns for all relevant years, by September 23, 2009, to the Philadelphia
Offshore Identification Unit at:
Internal Revenue Service
11501 Roosevelt Blvd.
South Bldg., Room 2002
Philadelphia, PA 19154
Attn: Charlie Judge, Offshore Unit, DP S-611

The IRS will not impose a penalty for the failure to file the FBARs.