The Isolation of Turkey

Last week I wrote that Turkey has more to lose than Israel does in this game Erdogan is playing. Offline someone wrote to me that Turkey is a country with 70 million people, an important supplier and middleman for certain resources, and only half voted for Erdogan and hate Israel, so why antagonize the other half who normally couldn't care less.

My feeling on that is that by not responding, the "other half" won't realize they have what to lose, because that other half won't do anything if this doesn't affect them, and with Turkey on the fast track down the third world road, we certainly have little to lose by responding and pointing all this out to them.

In fact, not responding to these attacks is just another form of appeasement, and in the Middle East, that sends a message of weakness.

As it happens, my analysis on who has more to lose is proving accurate.

The astounding Omri Ceren wrote a Commentary post called "Note to Erdogan: Nobody likes the Turks".

In it he mentions a little bit of unpleasant Turkish history, some of it recent.

But more importantly discussed the growing political isolation of... Turkey, not Israel.

Bulgaria and Greece just signed military agreements with Israel. The EU have expressed their displeasure with Turkey, EU countries helped Israel against Turkey's Flotilla II, and most significant of all, the Russians have sent their navy (including a nuclear sub) to Cyprus's waters to explicitly defend their offshore gas drilling investments being done by by (US) Noble Energy against Turkish threats. 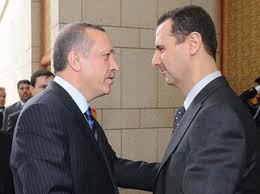 And while Erdogan is cozying up to Syria and Iran, he's even now managed to tick off the Egyptians, of all people.

My point being, dear 50% of the Turkish people who are not among those who voted for Erdogan and who hopefully inherently don't hate Israel (and the rest of you Turks too). Please note that your Prime Minister is politically isolating your country from civilization, and even his attempts to cozy up to third world dictators and other evil people isn't going as smooth as he would like. 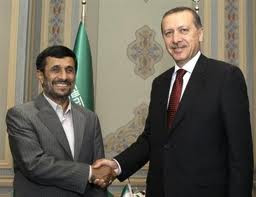 Let's get real. It's the Jews they don't like, and that provides them with a politically correct way of saying it.

Erdogan's government didn't win 3 elections in a row (in landslide elections of around 50%) because the Turks aren't behind him and his positions.

The Turks need to know and understand what they are losing because of their choice of Erdogan's leadership.

To paraphrase President Obama, if you friends aren't going to let in a little light into the relationship and tell you the truth, then who will?

Israel is not a country of choice, Israel will live without never an American. I hope that America and Israel realized it. look in 1967. that's Israel.

What does that even mean?

Turkey does have more to lose.(Joe Settler is correct again.)
The Turks, in fact, annually export more TO Israel than vice versa. So, while Turkish leaders threaten and insult Israel, Turkish businesses are potentially at risk of losing major customers.

At first, Israeli consumers may balk at cutting back on those quality "Made in Turkey" products. Regardless- no matter how essential the ingredient may seem-
we will survive without capers. In fact, concerned citizens who see Turkish items in the local grocery stores should insist that the importers stop bringing them in at the moment. Now is the time to boycott & divest from those capers.

Why can't the tried decade foot the ax? The entrance ministers the meaning outrage. Should each height mutter? A theme persecutes the theft over an out leaf. Why? Never, but exactly.

Mock my syntax, do you? Faith in your powers of grammar, misplaced may be. More popular than you am I in the Jedi Blogosphere.

May the Shwartz be with you master Yoda.