Why is Abu Mazen saying the Shema? 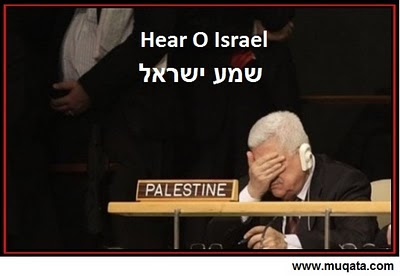 During US President Obama's speech at the UN yesterday (Sept 21, 2011), PA President Mahmoud Abbas (Abu Mazen) took a break to say the Jewish prayer, the "Shema." 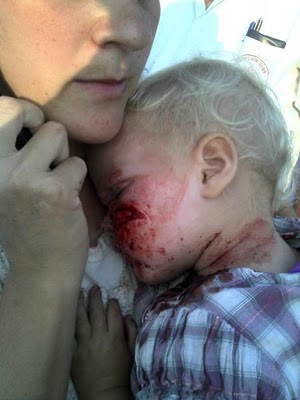 Could it be that he heard Palestinians shot at an Israeli car traveling 7 minutes from Kfar Saba on Highway 55 in the Palestinian village of Nabi Alias (Haaretz's favorite peaceful place)? Luckily, the driver wasn't injured, but Police recovered the bullet in his car that had smashed through the windshield.

Mahmoud Abbas: Its almost Rosh HaShana, the Jewish New Year -- you too can repent!

The time for your teshuva is now, and you can still ask your people to stop the hatred, stop the terror and stop the incitement.

Saying the Shma is a good first step.

Your friends from the Muqata.

Obviously what he needs to do, after he fixes the map on the proposed new state's seal.

Again I was laughing over another 'one-liner' when I saw the photo and the laugh turned into a gasp. the world is due for a big slap!

Every one could become Jewish - just by reciting the Shema in Hebrew once!

Does it mean Abu Bluff is an Arab converso?

For all the Shema fans out there:

Here's another photo of Abu Mazen saying Shema on a different occasion.

Wow! This is a classic.
Such an elegant and well articulated pronounciation.