Arafat's Yahrzeit at the Muqata...


Arafat's Yahrzeit at the Muqata Compound in Ramallah this past Sunday... 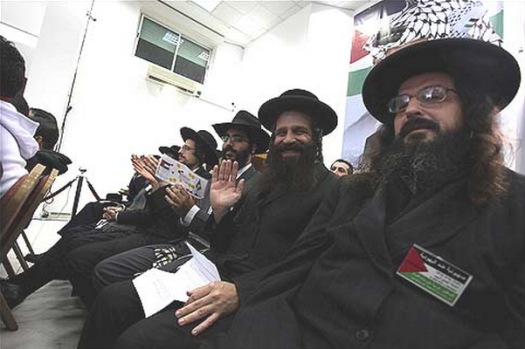 
On Sunday, representatives of Neturei Karta participated in the annual memorial service in Ramallah marking the day of the passing of PLO Chairman Yassir Arafat. They stood out in the crowd in their black clothes, each wearing identification tags over a background of a Palestinian flag.

And in honor of the yahrtzeit...the Palestinian Authority is having Arafat's corpse exhumed. 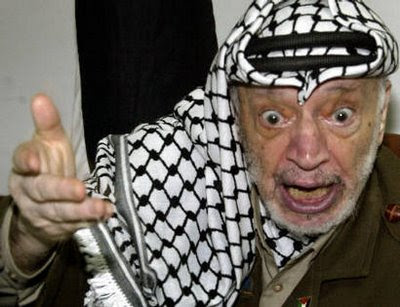 "Today they started removing concrete and stones from Arafat's mausoleum and the work will last for almost 15 days," the source told AFP, speaking on condition of anonymity.

"There are several phases," he said, referring to the operation to open the tomb ahead of a visit by French, Swiss and Russian experts to test forensically Arafat's remains over suspicions he was poisoned with the radioactive substance polonium.

"It starts with the removal of stone and concrete and cutting the iron (framework) until they reach the soil that covers the body, which will not be removed until the arrival of the French prosecutors, Swiss experts and Russian investigators," the source said.

On Monday, Arafat's mausoleum, which is located at the Muqataa presidential headquarters in the West Bank city of Ramallah was screened from public view with blue tarpaulins ahead of the operation to open the grave.

Work to actually begin taking samples is expected to begin at the end of the month after the French and Swiss delegations arrive on November 26, officials have said.

"Because of Arafat's position and his status, no one will be allowed, under any circumstances, to photograph his body while the samples are taken," the source told AFP.

Arafat died in a military hospital near Paris on November 11, 2004 and with French experts unable to say what had killed him.

Many Palestinians are convinced he was poisoned by Israel. Daily Telegraph

The Muqata is the only blog to have received a photo of the exhumed corpse of yasser Arafat.... 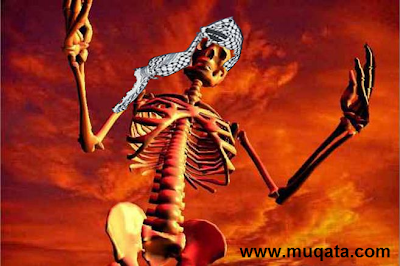 i miss him (i'll reload)

This may be the beginning of that zombie apocalypse that Joss Whedon was talking about...